The TV series, “13 Reasons Why” was released on Netflix in March 2017 to a storm of criticism and backlash from experts, parents, and teachers. Everyone seemed to have an opinion on the series … and that is significant.

It got people talking about suicide, suicide prevention, suicide rates, and suicide strategies. The series held up a mirror to society and, through its graphic depictions of suicide, sexual assault and bullying, it brought subjects that many still consider taboo, into mainstream dialogue. Whether you like the show or not, it has generated a strong reaction and this is precisely what it was created to do.

The show centres around the character, Hannah Baker, a teenager who we learn has committed suicide and left 13 audio tapes that recount her story – the “13 reasons why” she has taken her life. We follow the journey of protagonist, Clay Jensen, as he listens to the tapes and learns more and more about Hannah, one of his so-called closest friends. The show covers very heavy, but very important topics that affect teenagers today.

It is easy to see why the show has sparked such widespread controversy and criticism. Towards the end of the first season, we see the moment Hannah Baker takes her own life. It is graphic, brutal and harrowing. Initially, Mental health groups and child psychologists slammed the show’s portrayal of suicide on the basis that it romanticises the act and could inspire teenagers to commit suicide. 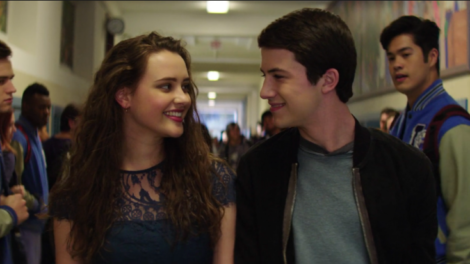 We worked very hard not to be gratuitous, but we did want it to be painful to watch, because we wanted it to be very clear that there is nothing, in any way, worthwhile about suicide.”

The effect of the series was tangible. Google searches relating to suicide – both prevention and ideation – spiked by 19% for the 19 days following the release of the series compared to the days immediately prior to its release. Headspace experienced an increase in calls where the impact of the show on the mental health of callers was specifically mentioned.

Thematically, the “13 Reasons Why” is not breaking new ground

Teenage suicide is not a new concept in television, film or literature.

In the 80s, “Degrassi Junior High” explored the gamut of controversial themes from domestic violence, drug use and teen pregnancy to alcohol abuse, safe sex, and the suicide of classmate, Claude Tanner.

More recently, “The Virgin Suicides” movie was released in 1999. The film follows the lives of five high school-aged sisters who plan and carry out a suicide pact.

Similar to “13 Reasons Why”, the story of “The Virgin Suicides” is told from the perspective of those left behind as they struggle to understand why. 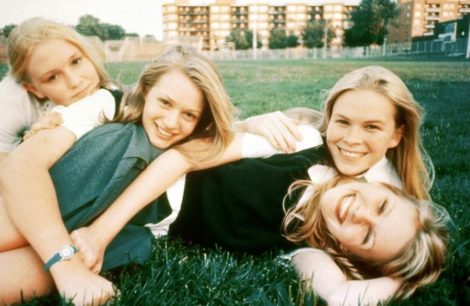 The 80s and 90s are, however, a far cry from the social media-fuelled world that teenagers now live in.

While many adults have argued that “13 Reasons Why’s” graphic depictions of violence, assault, sexual assault, and bullying is grossly irresponsible, teenagers have continued to watch the show in droves. This is because many young viewers can relate to the show’s themes, having experienced similarly horrific acts of bullying or harassment themselves.

As parents, teachers, and counsellors have not grown up surrounded by social media and its impact, arguably, the show’s content is confronting to adults in a way dissimilar to that of high schoolers.

Tracy Kirk, an Interdisciplinary Researcher into Child and Adolescent Rights, watched the series after being urged by a 16-year-old student. She said in an article to The Conversation:

“The issues highlighted will horrify parents … but these are issues many young people are experiencing. And some parents may simply not be aware of it”

Statistics from 2017, the year “13 Reasons Why” was released, has not yet been published.

13 Reasons Why is not the problem

The problem of youth suicide is not born out of the release of the series “13 Reasons Why”. Youth suicide has been a growing problem both in Australia and internationally for many years. In 2012, I spoke with Windermere Child and Family Services, a community group based in the electorate of Casey in the south-east suburbs of Melbourne. The area had experienced a high number of youth suicides, many as a result of suicide “pacts.”

The suicide program ASIST (Applied Suicide Intervention Skills Training), was developed and implemented in schools. Bronwyn Owen, a Project Manager at the time said suicide is:

“So frightening to talk about, so people don’t talk about it and hope it goes away, but as we’ve seen, it’s not going away.”

The ASIST program is still listed on the Windermere website and has trained over 5,000 parents, carers, teachers, medical professionals, students and friends since its inception in 2011.

A mechanism to raise awareness

In May 2018, the second season of “13 Reasons Why” was released and it has become a tool for awareness. 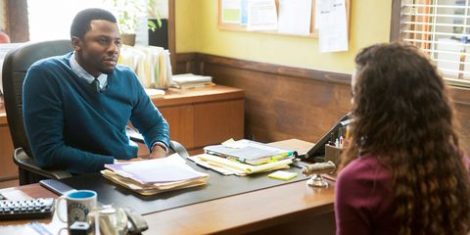 In Australia, Netflix collaborated with Headspace to develop resources and warnings before the show aired. The site 13reasonswhy.info provides crisis numbers and resources in 62 countries. The Australian content is extensive given the collaboration with Headspace. Resources include discussion guides and videos featuring the cast, speaking as themselves, on the issues they depict.

Interviews with everyday Australians about their mental health stories are also featured.

The second season continues to be graphic and controversial.

Challenging yet another issue in its characteristic unrestrained fashion, one scene involving student photographer, Tyler, has sparked outrage yet again. Tyler, who is the victim of bullying in both seasons, experiences his head shoved in a toilet by three students who go on to sodomise him with a mop handle. It is shocking and horrific to watch, but Yorkey has again defended the graphic nature of the scene in an interview with Vulture:

As intense as that scene is, and as strong as reactions to it may be, it doesn’t even come close to the pain experienced by the people who actually go through these things.”

It may be easy to accuse shows like “13 Reasons Why” for an increase in suicide, self-harm and risky behaviour by teenagers, however, suicide rates have been steadily growing for years, particularly in the 20-24-year-old age bracket.

Many still consider the topic of youth suicide to be taboo. The value of “13 Reasons Why” is that it has changed this by challenging our preconceived ideas and forcing the community to confront the issue and talk about it.

While the number of google searches went up 19% after the series launched, it is significant that many of those searches were about suicide prevention.

The show was designed to be a mouthpiece for issues which have been ignored, and the graphic content and harsh delivery have been successful in promoting discussion.

Season one broke records being the most discussed TV Program on social media in its opening week. In its first week, the show clocked up 3,585,110 tweets. This means that 3,585,110 people were starting conversations, opening up, and discussing a difficult and painful topic. It also encouraged many people to reach out and seek help.

A platform for change

“13 Reasons Why” is an opportunity for schools, parents, and friends to start a dialogue with the young people they know. The show provides the impetus to start talking and to find help in the right places. 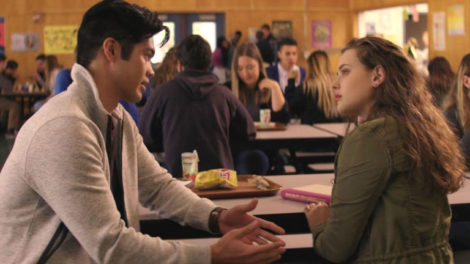 When you stop to think about it, one of the most famous pieces of literature, often taught at high school, centres around youth suicide. It is talked about as one of the greatest love stories ever. The names of this couple move in popular culture with a reverence for their passion and devotion to one another. The term “star-crossed lovers” was born from their tragedy, and their story is echoed as a literary masterpiece.

“13 Reasons Why’s” character, Hannah Baker, cuts her wrists in a bathtub and viewers watch as she bleeds to death. Romeo & Juliet drink from a poisonous vial while they speak of their love for one another.

Only one of these stories romanticises teen suicide.

If you, or someone you know, has been the victim of sexual assault:

Get in touch with a counselling service: