You are here: Home / Features / Laws Of Conversation: How To Argue Like A Lawyer (Vol. 2)
Good goes around. Share this story!
views 8,006
4 min read 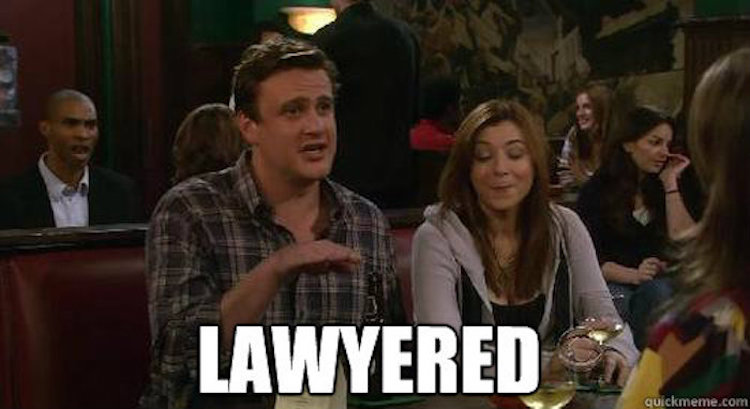 Love them or hate them, learning to argue like a lawyer is still everyone’s obsession.

It’s not just because lawyers can always identify the appropriate moment to combine
mind-bending reasoning and logic with rapid-fire silver-tongued rhetoric in a way that consistently obliterates the opposition in an argument (although that’s a big part of it).

It’s because lawyers also know that with great power comes great responsibility. Sometimes in an argument – like Aesop’s Fable, The Wind & The Sun – choosing a moderate and persuasive approach can often get you further than force.

The key to a lawyer’s coveted communication arsenal, then, is an acute awareness of personal and professional scenarios with the potential to quickly escalate out of control, and the unique ability to make a snap assessment about the best course of action.

While lawyers intuitively know when to cool their jets by offering considered and conciliatory responses in a negotiation, they also recognise that sometimes not giving any ground and adding an accelerant to an already inflamed situation is unavoidable.

It’s a little-known fact that the ability to argue like a lawyer has little to do with formal legal training and a lot to do with a few key courtroom hacks you can apply to your personal and professional life today.

Arguing a point vs effective communication

Arguing is about point scoring.

At its most cutthroat, arguments can be an ugly excuse to take out the day’s frustrations, air past grievances, jealousies, hurts or regrets by verbally attacking your opponent and, in some instances, leaving them reeling for hours, or even days, after the interaction.

If you want your opponent to accept your point of view, you need to start thinking about your interactions as less of an ‘argument’ and more of an ‘art’ form.

1. The art of persuasion

Lawyers are experts at analysing a lot of information, distilling evidence and getting straight to the heart of an issue.

In a professional setting, there is much to be gained by arguing a point effectively such as credibility, respect, and maybe even a promotion. Personal settings are generally more about compromise.

Most of us don’t respond well to insults or being told that we are wrong. So if your ultimate goal is to convince your opponent that your point of view is correct, aim to be persuasive rather than incendiary.

Avoid the temptation to jump head first into a no-holds-barred shouting match to let off some steam.

Lawyers avoid descending into shouting matches because it’s an opportunity for your opponent to glean potentially sensitive information from you which could be used to your detriment at a later stage.

A common trap many of us fall into, especially when arguing about something we are passionate about, is to defend our position using every shred of evidence, even irrelevant material and subjective opinions.

These sorts of debates invariably descend into irrational and fruitless arguments that draw on an array of unrelated issues and that leave both people feeling frustrated and in no better position than when they originally started.

If you want to consistently win arguments like a lawyer, make sure that you prepare.

Wherever possible, good lawyers avoid asking a question in court unless they already know the answer to it. This eliminates the possibility of being surprised by a response that could compromise your case.

If you understand your opponent through meticulous preparation, it is possible to anticipate their arguments and apply tactical pressure to win.

This is one of the reasons that lawyers are highly skilled at presenting an effective argument. They consider issues from multiple angles and forecast their opponent’s next move.

Word choice in arguments is more important than most of us realise.

If you want to win a point, wherever possible, avoid unnecessary ‘fluff’ words that carry no real weight or meaning.

This is a red flag to your opponent that you are wavering, unsure of yourself, and that your thoughts are unstructured – something that they can easily use to their advantage.

Words are like currency for lawyers, so spend yours wisely.

Keep your argument clear and simple, and make your point quickly.

4. Steer clear of your feelings

Emotion is subjective and clouds your judgement which is why lawyers leave it at the door when entering the courtroom.

They say that about lawyers too :'(

A strong emotional response makes it difficult to present a convincing argument and is also the quickest way to lose an argument. Becoming angry or displaying other visible signs of distress such as flushing, tearing up, waving hands in the air or becoming aggressive are red hot cues to your opponent that you have lost your way and that your arguments have become irrational and implausible.

Becoming emotional advertises your weaknesses to your opponent, effectively handing them the ammunition needed to focus their strategy and distract you from your core objective.

If you have an issue that needs resolving, never start the conversation when you’re tired, cold or hungry. It’s a surefire way to start a conflict, to say something that you regret, or to irreparably destroy a relationship.

Lawyers stay in control by sticking to the facts.

This ability to remain calm, focused, objective and in control of an escalating situation is a unique type of emotional intelligence that comes from years of legal training. It’s also one of the reasons why lawyers are able to navigate high-conflict personal or professional situations with relative ease.

Try to remove yourself mentally from a situation and stick with the facts, not how you feel about the facts.

Understanding yourself, your unconscious biases and knowing which issues are likely to trigger an emotional response in you is critical. This way you can develop strategies to harness those emotions in a positive way.

At the end of the day

It is the mark of an intelligent mind to be able to entertain a thought without accepting it.” – Aristotle

Some of the best arguments are not actually arguments at all but heated debates in which both people openly share opposing views, and walk away intellectually stimulated having learnt something new.

Lawyers are highly successful communicators because they know when to toe the line by respectfully listening to their opponents and when to bring down the hammer. Wherever possible, avoid emotion, stick to the point and foster a constructive discussion rather than a critical argument. This way, both you and your opponent walk away winners.

What strategies do you use when an inevitable disagreement surfaces in your personal or professional life? Let us know in the comments!