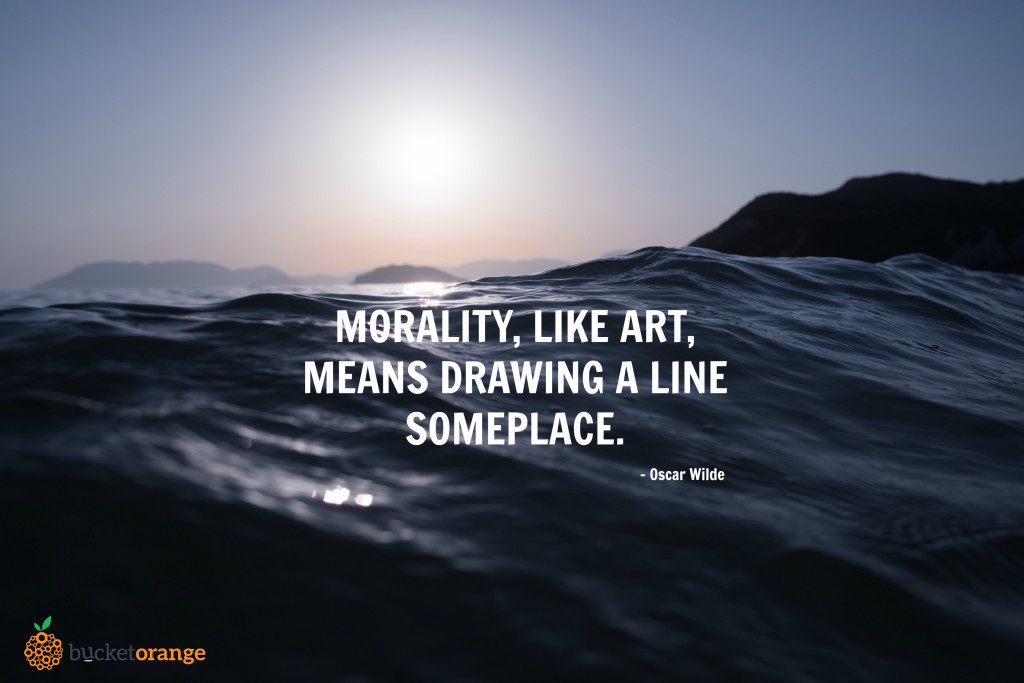 The particular legal definition of refugee is contained in the Refugees Convention, as well as relevant Australian law.

This essentially says that a refugee is a person who has a genuine and well-founded fear of serious harm amounting to persecution. Any such persecution must occur because of one or more of several reasons set out in the Convention. These are: religion, ethnicity, nationality, political opinion or as a member of some particular group in society.

Australian law provides that if any asylum seeker is not a refugee under the Refugees Convention definition, they may be entitled to protection in Australia under other international obligations as set out in Australian law – this is known as ‘complementary protection’. The requirement is essentially that there must be substantial grounds for believing that there is a real risk that the person will suffer significant harm if they return to their home country. This does not need to be for one of the particular reasons detailed in the refugee definition. (However, there are important exceptions to the complementary protection provisions – including where the real risk of harm is one affecting the population generally).

Two distinct groups – How does asylum-seeker processing operate in practice?

The normal procedure for an asylum-seeker in Australia is that an initial application is assessed and determined by the Department of Immigration and Border Protection (the primary decision). Review of a negative decision on the merits can be sought through the Migration and Refugee Division of the Administrative Appeals Tribunal (this Division was formerly the Refugee Review Tribunal). Further, judicial review can be sought on grounds of legal error. Broadly speaking, Australia is faced with two distinct groups of asylum-seekers: 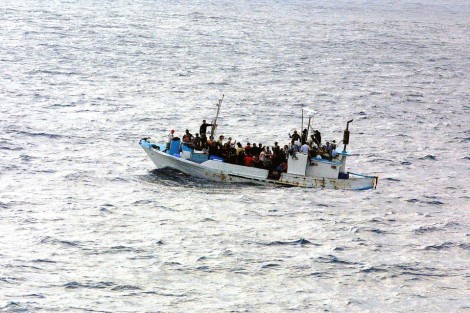 Australia now intercepts this latter group at sea, and removes them directly to Nauru or Manus, where they are detained and processed by the Nauru and Papua New Guinea governments. Detention there is financed and controlled by the Australian authorities. Australia also effectively funds the determination process. 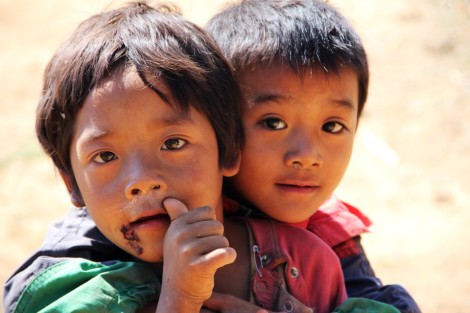 The review function is undertaken largely by Australians who have previously carried out the same function in Australia.

Although increasingly significant numbers of detainees on Nauru have been found to be refugees, Australia has refused to resettle them and has failed to take up New Zealand’s offers of resettlement. Resettlement has been offered in Cambodia, but very few have taken this up. The intention appears to be that resettlement should not be offered anywhere that might be seen as an improvement on conditions in their home countries. In consequence, even those found to be refugees, and released from detention, find themselves without a future – effectively trapped on a very small island with very limited education and employment opportunities and medical facilities. They often face open hostility from local people.

No elaboration is needed in relation to the physical, mental and physical security issues faced by those in detention on Nauru and Manus. These have been well documented and are chilling. As envisaged by successive Australian governments, it seems clear that such detention is consciously intended to be worse than the situation the asylum-seekers have fled, in order to discourage others from undertaking travel to Australia. 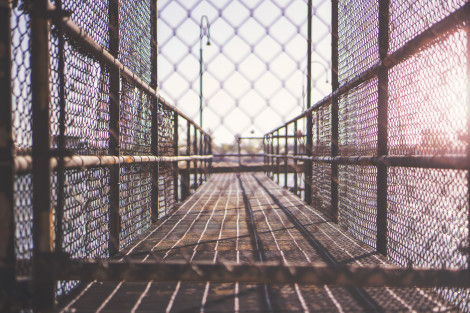 Australia is responsible for treatment of these people which is very much worse than how we treat serious criminals in Australian prisons, convicted through due process.

But these asylum-seekers are victims, not criminals.

The overwhelming majority of boat arrivals whose cases have been finally determined are consistently found by rigorous legal processes to be refugees.

Australia is responsible for subjecting them to serious and significant harm for reasons which a court would undoubtedly find comes within the Refugee Convention definition:

How much longer can our politicians trash the reputation and self-respect of our country and its people, and persecute vulnerable people? The ends do not justify the means. We cannot knowingly and certainly destroy lives in order to (arguably) save others. As Australians, we cannot evade responsibility for what is happening to asylum seekers on Nauru and Manus. History will not absolve us.

There are no easy answers. The alternatives are difficult and complex. But anything is better than our complicity in Nauru.

There are certainly other avenues which could be explored that would impact on boats moving through the region to Australia.

To check the flow of boats through the region to Australia in a constructive way, rather than simply trying to create an impassable moat draconically enforced, we should revive a genuine cooperative regional approach (not ad hoc bilateral arrangements with selected regional countries). We have failed to make any real effort in this direction in recent years, and have also failed to engage constructively with Indonesia on a bilateral basis.

There is, in fact, a very successful precedent for such an approach which, while not entirely analogous, offers enough parallels to merit some attention.

The Comprehensive Plan of Action for Indo-Chinese Asylum-Seekers (CPA) implemented over several years from the late 1980s was a hugely successful program, coordinated by UNHCR, which directly involved countries of origin, countries of first asylum, countries of resettlement (including Australia) and other interested countries and agencies. Australia took a leading role in this exercise. 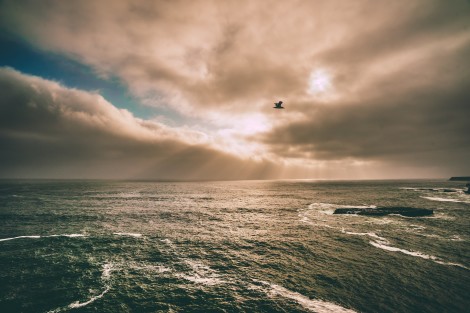 In response to a flow of Indo-Chinese asylum-seeker boats through the region in the late 1980s (a number reaching Australia), the Comprehensive Plan of Action for Indo-Chinese Asylum-Seekers (CPA) was adopted at the International Conference on Indo-Chinese Refugees held in Geneva in June 1989. It was established as a framework for international cooperation at a time when asylum in South-East Asia was in crisis.

Regional countries such as Indonesia hosted very large UNHCR-run camps where processing took place resulting in both resettlement and returns.

Any new regional approach now would have to be negotiated under the aegis of UNHCR and eventually coordinated, if not run, by the UNHCR. Given recent policies and interactions, the region, and Indonesia in particular, is unlikely to embrace any purely Australian-run exercise.

Indonesia is the key to any such approach. Indonesia was left with some grievances at the end of the earlier CPA process, in particular, because of the slow clearance rate and any progress in this direction would have to be carefully negotiated and fully involve UNHCR from the start. Indonesia will not be bullied or patronised or taken for granted. It was deeply offended by the unilateralism of the Abbot government and will not accept some kind of semi-independent Australian operation in Indonesia or Indonesian waters. Screening in the region will have to be under the aegis of UNHCR (as it was for the CPA), not a thinly-veiled Australian operation.

Nor will Indonesia be easily bought off by simply being offered money to keep the asylum seekers in Indonesia. Indonesia is not a poor undeveloped country which will fall over backwards for a few million dollars of aid, but an increasingly dynamic South East Asian economy. However, very substantial resources will need to be provided as part of any arrangements, as a necessary but not sufficient condition.

An absolute pre-condition for Indonesia would be iron-clad guarantees that it will not be stuck for extended periods with large numbers of asylum seekers, but that they will be resettled elsewhere (if screened in) or returned home (if screened out). Some direct assistance to Indonesia to enable it to better police its waters, including its sea border with Malaysia where many asylum-seekers enter, would also be a very useful element in the mix. 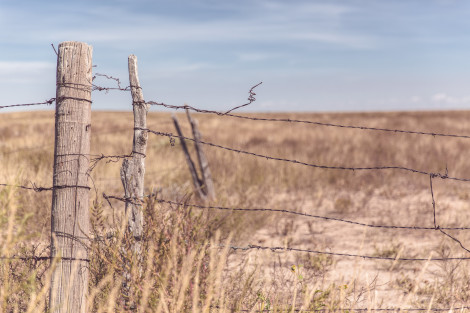 There would need to be serious guarantees from appropriate countries about resettlement including, in particular, Australia.

It will not be sufficient to simply set up holding centres and screening in Indonesia. In a sense, that will of itself become a magnet while conditions in source countries continue to impel flight. There will need to be parallel efforts in potential countries of first asylum, through which asylum-seekers pass en route to Indonesia. As the CPA showed, this can be achieved and made to work even where such countries are not signatories to the Refugee Convention. Malaysia would have to be included. Pakistan, home to a huge Afghan diaspora in recent years (especially Hazaras), will be much more problematic.

It is difficult to see what might be done in the short term to mitigate push factors in countries such as Afghanistan and Iraq. The international community is already frustrated in making any progress in either country.

Iran produces many well-educated secular-minded people whose rising expectations lead them to look to the West rather than, in many cases, being motivated by persecution. A targeted skilled migration intake might well have an impact there.

In the case of Sri Lanka, the other large source country, there is evidence that economic conditions, particularly among the Tamil population of the west and north, are playing a large part and there are prospects for a large and targeted aid program to have some impact on this.

The above is not a blueprint for detailed arrangements about whose efficacy one can be confident. Rather, they are indications of a few directions which offer some prospects for improvement and amelioration of the present situation.

As noted above, any approach should be multilateral or regional, not bilateral and certainly not unilateral and will almost certainly have to be conducted in full cooperation with, and under the aegis of, the UNHCR if any such approach is to prove acceptable within the region.

A former career diplomat, John was Director for Refugees, Immigration & Asylum in the Department of Foreign Affairs from 1990 to 1993, when he was appointed a full-time Member of the Refugee Review Tribunal (RRT). He was Deputy Principal Member of the RRT when he retired in March 2006 and subsequently worked as an Independent Merit Reviewer for irregular maritime arrivals and he again served as a (part-time) Member of the RRT from 2012 to 2015.