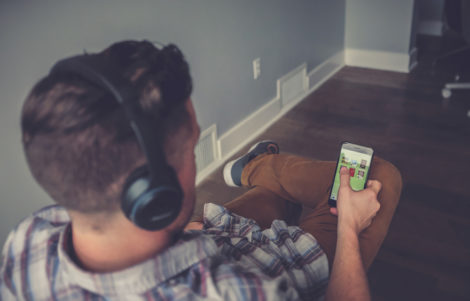 You can tell a lot about a person by their taste in music.

It’s why we always ask our monthly interviewees ‘what they listen to’.

Music preferences and listening habits reveal a lot more about you than just your favourite bands or artists. They are a window into your personality, ethnicity, religious views, politics, innermost thoughts and feelings – not to mention your current mood.

Bose understands the value of this information. It’s why the company allegedly purpose built an app to spy on and collect data on the listening habits of its customers and to onsell that private information to third parties.

If a court finds this to be true, it means you can no longer assume that you’re safe and alone in the space between your headphones. While you’ve been blissing out with the latest Father John Misty track, frighteningly, Bose has secretly been tracking you too.

You are what you listen to

A $5 million class-action lawsuit is being brought against Bose, the headphone and speaker giant, for breaching the United States Federal Wiretap Act and Privacy legislation by collecting and selling private information about its customers to third parties without their knowledge or consent.

Introduced in 2016, the company has been using an app named ‘Bose Connect’ – which enables listeners to remotely control particular Bose headphones and speakers from smartphones.

While it is possible to use the headphones without engaging the smartphone app (by using an audio cable or Bluetooth connection) the company actively encourages users to “get the most out of your headphones” and enjoy extra features by downloading the Bose Connect app. This is where the data collection allegedly happens.

Why is this a big deal?

The class action against Bose alleges that ‘Bose Connect’ was intentionally designed and programmed to secretly collect customers’ usage data, including:

A customer’s registration information (including product serial numbers, full names, email addresses and telephone numbers) along with personal music listening histories and habits are allegedly collected by Bose, allowing the company to put together detailed profiles about its customers.

According to the complaint, listeners are not given a notification or warning that their usage is being monitored and collected in real time and there is no disclosure that listener’s data, along with other personal identifiers, is automatically sent to third-party companies—including a data miner—without its customers’ knowledge or consent.

According to the complaint:

One’s personal audio selections – including music, radio broadcast, Podcast, and lecture choices – provide an incredible amount of insight into his or her personality, behavior, political views, and personal identity. In fact, numerous scientific studies show that musical preferences reflect explicit characteristics such as age, personality, and values, and can likely even be used to identify people with autism spectrum conditions.

And that’s just a small sampling of what can be learned from one’s music preferences. When it comes other types of audio tracks, the personality, values, likes, dislikes, and preferences of the listener are more self-evident. For example, a person that listens to Muslim prayer services through his headphones or speakers is very likely a Muslim, a person that listens to the Ashamed, Confused, And In the Closet Podcast is very likely a homosexual in need of a support system, and a person that listens to The Body’s HIV/AIDS Podcast is very likely an individual that has been diagnosed and is living with HIV or AIDS. None of [Bose’s] customers could have ever anticipated that these types of music and audio selections would be recorded and sent to, of all people, a third party data miner for analysis.”

If the allegations are accurate, this not only violates the privacy rights of consumers but also a number of Federal and State laws in the United States, including the Federal Wiretap Act. According to the complaint:

[Bose] never obtained consent from any of its customers before intercepting, monitoring, collecting, and transmitting their Media Information. To the contrary, [Bose] concealed its actual data collection policies from its customers knowing that (i) a speaker or headphone product that monitors, collects, and transmits users’ private music and audio tracks to any third party—let alone a data miner—is worth significantly less than a speaker or headphone product that does not, and (ii) few, if any, of its customers would have purchased a Bose Wireless Product in the first place had they known that it would monitor, collect, and transmit their Media Information.”

If Bose is found by the court to be in breach, in this case, and if similar data collection has occurred in Australia, it is likely that similar litigation will follow.

What do you think? Is music an inherently personal and private experience, or just another convenient way for companies to use our data for profit? Let us know in the comments!