You are here: Home / PopLaw / Inside The Mind Of A Murderer: How Criminal Profiling Evolved Over Time
Good goes around. Share this story!
views 5,363
4 min read 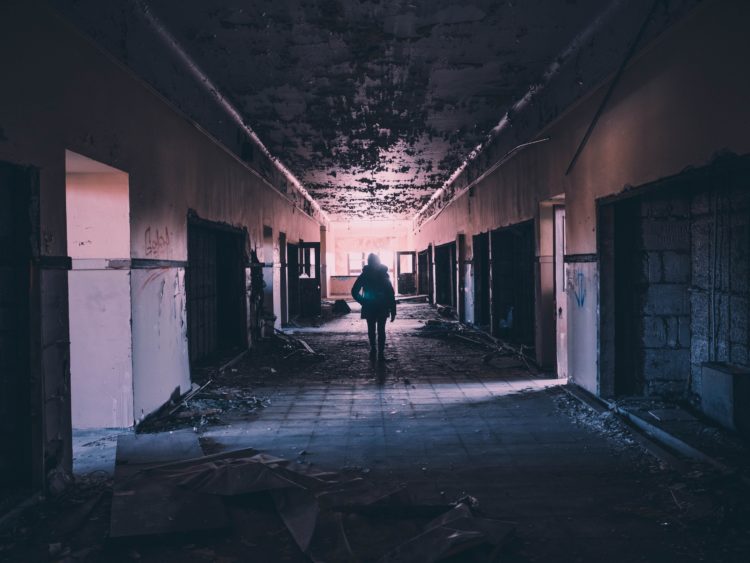 You may have overheard your colleagues talking about the Netflix show ‘Mindhunter’ recently.

Based on a true-crime book of the same name, ‘Mindhunter’ has quickly attracted a cult following which is hardly surprising given that the infallible David Fincher is an executive producer.

Not one to miss out on a critically acclaimed TV show, I jumped on the bandwagon last week. The day after I finished watching the first season (which I may, or may not, have managed in two consecutive nights), I bought the book. Then I read the ‘sequel’, the ominously titled Journey into Darkness.

Fast forward a few days and here we are. This is the story of my newfound obsession with criminal profiling, how it has assisted in the identification and arrest of some of history’s most notorious serial killers as well as its ongoing and strong influence in pop culture.

The ‘Mindhunter’ story follows the genesis and teething problems of the FBI’s ‘Behavioural Science Unit’ (the Unit) in the 1970s when criminal profiling was still a marginalised form of crime investigation and prevention. Up until the 1960s and 70s, theories underlying criminal behaviour were largely influenced by Darwinism. Criminals were not only thought to be born mentally deficient but also biologically predisposed to committing crimes.

While the characters in ‘Mindhunter’ are fictional the criminals, and their crimes, are very real. A co-author of Mindhunter, John Douglas, worked for the FBI for 25 years, interviewing some of the world’s most notorious serial killers. Douglas and his colleague, Robert Ressler, were the first to conduct actual research on ‘serial killers’, a term they coined.

Based on these interviews, the Unit developed the first ever systematic approach to criminal profiling, the ‘Criminal Profile Generating Process,’ which allowed cases to be solved in real time.

Profiling can be used at various stages of the investigative process and is often resorted to when investigators cannot readily ascertain a criminal motive.

It begins at a crime scene where inferences made about an offender’s behaviour which is used to build a profile of the perpetrator or the Unknown Subject (UNSUB). These clues are then used to formulate a detailed picture of the UNSUB’s likely identity. 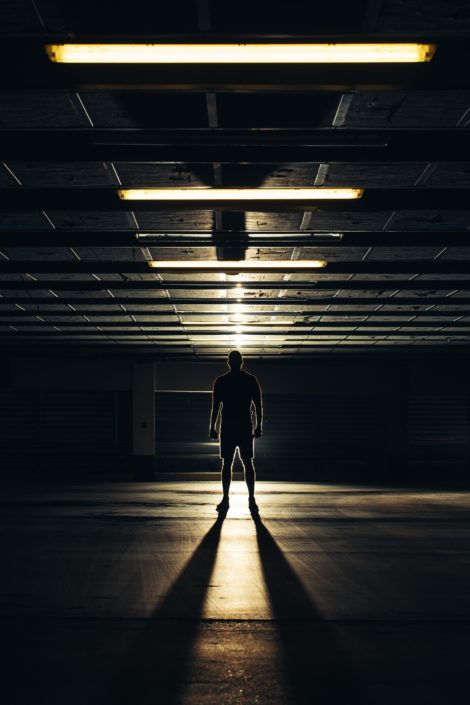 Based on material facts of crimes and lessons from interviewing serial killers, the Unit generated psychological categories for different types of offenders. Material facts encompass everything from placement of a victim’s body to whether a victim was alive or dead at the time of a sexual assault (in the case of sexually motivated crime).

Categorisations are used to draw up detailed profiles of UNSUBs in ongoing investigations which ultimately identified many criminals, often to the astonishment of local law enforcement. Raymond Lee Stewart (who went on a killing spree that left four people dead in Rockford, Illinois and two people dead in Beloit, Wisconsin) and the “Clairemont Killer”, Cleophus Prince Jr (who was convicted and sentenced to death in 1993 for the rape and murder of six women in San Diego in 1990) are among those captured using criminal profiling techniques.

Where is criminal psychology now?

Since the 1970s, the phrase ‘serial killer’ and many of the criminal profiling techniques developed by the Unit have become mainstream. Now, criminal psychology is sometimes categorised under the broader umbrella of forensic psychology.

While the tension between traditional law enforcement and psychology still exists to an extent, criminal profiling is taken much more seriously than in the Quantico basement days of the Behavioural Science Unit. Criminal profiling is now applied not only to violent crime but also to cybercrime.

Since the 1970s, much of the focus of criminal profiling has been on developing the robustness of the science underlying profiling. In recent years, statistical and mathematical techniques have more commonly been employed to analyse crime scene data, and thereby construct profiles, rather than by making behavioural inferences.

It goes without saying that criminal profiling is by no means an exact science and probably never will be given that human behaviour is inherently unpredictable. The reliability and overall validity of criminal profiling continues to be questioned by forensic psychologists and psychiatrists as well as by academics in the field. The criminal profiling process is not standardised, nor is it effective in all cases. 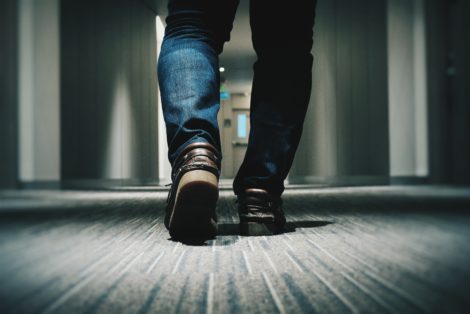 In his book Criminal Profiling: An Introduction To Behavioural Evidence, Brent Turvey dedicates an entire chapter to examples where criminal profilers have actually led police investigators astray. Criminal profiling, for example, infamously failed to lead to the identification and arrest of Dennis Lynn Rader or the ‘Bind, Torture, Kill’ (‘BTK’) serial murderer in Kansas between 1974 and 1991.

Even so, Special Agent Jud Ray was the first member of the FBI’s Investigative Support Unit to testify using criminal psychological profiling. The prosecutor had Ray certified as an expert to testify about the criminal profile he generated which led to the arrest of Kirby Anthoney (who was charged with murdering a mother and her two children). While the judge refused to admit Ray’s criminal profile into evidence, he was able to testify about Anthoney’s post-offence behaviour which spoke to his guilt and led to a jury finding Anthoney guilty.

“In the time that I’d been with the unit, I’d had some reservations about the ability to sit down like that and come up with concepts about what was going on at the scene. But later on I would realise it was not one particular discipline – profiling – that enabled people in the unit to do these kinds of things.

Truly, it is a collection of all the disciplines and an understanding and a good depth of knowledge about forensic psychology, forensic pathology, cultural anthropology, social psychology, motivational psychology – all of the things that when they are properly aligned and understood with a sense of investigative technique behind you, you have all these things kind of synchronised. It is not a panacea in a homicide investigation, but I don’t see how you can effectively work these kinds of cases without those kinds of understandings, all brought to bear upon an analytical process where you walk away saying ‘Hey, I’m reasonably sure that you got the wrong guy, and I’m more than reasonably sure that the guy you’re on now is where you want to expend your energy,’ as I did in this case”.

Should we believe what pop culture tells us?

Opinion about the merit and application of criminal profiling is incredibly divided. Some experts unequivocally denounce profiling as an illusion, while others consider it to be the holy grail of investigative techniques. Perhaps the truth lies somewhere in between. 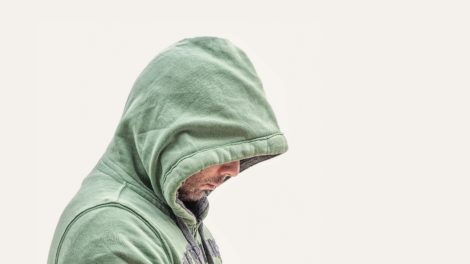 Although ‘Mindhunter’ is more realistic in its portrayal of the criminal profiling process than something like ‘Criminal Minds’, pop culture has created a public image of criminal profiling that is vastly different to the reality.

In real life, profiling alone is often not enough to identify and capture a perpetrator – the assistance of the public and the investigative acumen of police are crucial.

Developments in science and technology since the 1970s have also removed much of the need for intensive criminal profiling to assist with the identification and arrest of perpetrators. Criminal psychology and profiling now more commonly used to convict perpetrators, rather than to initially identify them, as reliable forensic evidence now plays an integral role.

While criminal profiling may not directly lead to the arrest of offenders as often as pop culture depictions suggest, academics have ascertained that profiling can be useful in enhancing investigative understandings of particular cases.

A 2001 study which surveyed 68 police personnel across 46 departments in the US found that profiling was most useful when it came to the interrogation of suspects and that it was also helpful in directing an investigation. In another study conducted in Britain in 2012, over 75% of police officers found the advice of a profiler useful during investigations.

At the end of the day

Criminal profiling may not be hard science but it can, and does, make a valuable contribution to criminal justice.