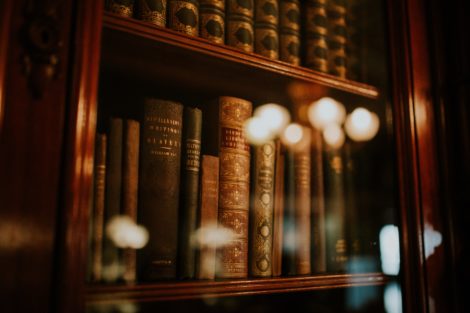 The law is often required to find ways of balancing competing interests; hence the frequent imagery of scales in the law. One of the overarching principles of contract law is the concept of ‘freedom of contract’, which essentially protects a person’s right to enter freely and voluntarily into any contract of his or her choosing. The law is not there to protect you from making a ‘bad bargain’; it’s simply there to enforce the bargain you freely enter into, regardless of your commercial savviness or otherwise.

However, there are certain facets of life in which the law has recognised a need to curtail this fundamental freedom due to unequal bargaining power, in order to ensure that certain categories of potentially vulnerable people are protected. Two pertinent examples of this are the areas of employment and consumer law, where protections have been afforded to the weaker contracting party, namely, employees and consumers.

The law’s willingness to intervene in order to protect a more vulnerable contracting party stems from two sources. First, Parliament readily enacts statutes that codify certain minimum rights and entitlements. The Fair Work Act 2009 (Cth) and the Competition and Consumer Law Act 2010 (Cth) are examples of such statutes in Australia. Parties cannot contract out of the rights and entitlements that are provided for in these statutes – they are like Statutory Guarantees!

The Fair Work Act 2009 (Cth) prescribes a number of minimum standards in relation to employment, which are set out in the aptly named National Employment Standards. The National Employment Standards cover numerous aspects of the employment relationship, including various types of leave, maximum weekly hours, notice of termination and redundancy pay. The Competition and Consumer Law Act 2010 (Cth) includes the Australian Consumer Law – a set of provisions that regulates consumer contracts by, amongst other things, ensuring that goods and services are of an acceptable quality and are fit for the purpose for which they are acquired.

In the absence of statutes such as these, there is a real risk that the weaker contracting party would, out of necessity for employment, goods and services, enter into manifestly ‘unfair’ contracts.

The second source of protection comes from the common law and decisions by the courts to imply, as a matter of law or fact, certain terms and conditions into particular classes of contracts. By way of example in the employment context, the High Court of Australia recently considered whether employment contracts included an implied term of mutual trust and confidence. Notably, however, protections afforded by the common law are less robust than those provided under statute – unlike statutory entitlements, implied terms and conditions can be excluded or amended by express contractual terms, usually imposed by the stronger of the parties.

There are, of course, other areas of life and law where there is an imbalance of bargaining power between contracting parties. It is interesting to consider just how far the law should go in seeking to address this unequalness when the net result is to curtail the fundamental concept of freedom of contract. What do you think?

Learn legal literacy in a free to join online course

Learn more about contract law and become legally literate by joining Monash University’s Law for Non-Lawyers: Introduction to law for an accessible introduction to the common law system.

This free to join online course is designed for anyone with an interest in law. Whether out of professional or personal interest in the legal environment in which you live, work and play, this course is for you.

Lloyd England LLB (Hons), LPC.Dip, LLM (IP) is a Justice of the Peace, Lecturer, Faculty of Law, Monash University and Lead Educator for the ‘Law for non-lawyers: Introduction to Law’ course on FutureLearn.