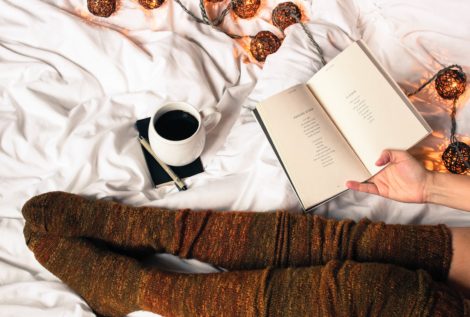 News of the release of the Copyright Amendment (Disability Access and Other Measures) Bill 2016 exposure draft was probably drowned out by the tiresome election coverage and any hope of immediate action in the first few months of the new government is pipe-dreaming. This is indeed a bothersome state of affairs for copyright reform advocates.

Copyright law is the misunderstood angsty teenager of the legislative family, one that is very often overlooked despite being of increasing importance in an ever digitised world. While the proposed bill does not go all the way to making the changes that the Australian Law Reform Commission’s (ALRC) Report Copyright and the Digital Economy recommended in 2014, it does make some modest and important improvements to the existing copyright framework.

The main changes proposed in the bill are designed to streamline and simplify the Copyright framework to:

Protection Of Unpublished Works: Respect For The Creator Or Unnecessary Stymying Of Creativity?

The purpose of copyright law is to protect the expression of the work, rather than the ideas and facts it contains.

However, affording indefinite protection to unpublished works has not only locked up expression, it has also locked up facts. Take, for example, Captain Cook’s recipe for carrot marmalade, undoubtedly a valuable contribution to society, but one that cannot be published because it is contained in a book of Cook’s correspondence.

The National Library holds this among many other letters written and received by notable figures, including Jane Austen and Dame Nellie Melba, all of which cannot presently be digitised or copied.

Advocates of retaining the indefinite protection afforded to unpublished works argue that it is a necessary outgrowth of the need to respect the wishes of the creator, who never wrote or received those letters with the intention of publishing them.

This argument, although initially persuasive, is easily refutable.

Copyright law was established with the intention of encouraging creativity, where the promise of protection and corresponding reward is thought to be necessary in order to incentivise the creation and dissemination of works in the first instance. Unpublished works clearly do not fit within the broader goal of copyright work, since they weren’t created with the rewards of publication in mind.

It is more persuasive to suggest that unpublished works should not be protected by copyright law at all.

How Does The Proposed Bill Change Things?

The bill seeks to make the protection terms for published and unpublished works the same.

The proposed bill aims to apply what is known as the “plus 70” law to unpublished works, an unprecedented step in the quest to encourage creativity.

The proposed bill provides libraries, archives and key cultural institutions with ways around their present inability to preserve unpublished works.

If the Bill does not pass, creating such copies will remain illegal, which leaves our existing copyright laws with a serious deficiency.

The Copyright Act 1968 and associated legislation is excessively complex, archaic and restrictive. In the light of this, the Bill also seeks to streamline educational statutory licence provisions, supporting access rather than creating unnecessary red tape and overly bureaucratic processes. This will improve the quality of teaching in schools by providing simpler and more accessible licensing arrangements regarding copyright material.

Submissions to the consultation regarding the exposure draft of the Bill closed on 12 February 2016. Once the new Parliament settles in, hopefully the bill will be re-introduced with amendments that take account submissions received. Maybe then we will finally see action in an area that has been crying out for reform since the internet of things was born.

It’s the first step, albeit small, towards realigning copyright law with public and industry sentiment and need.

The passage of the bill through Parliament will hopefully ignite discussion surrounding more contentious areas of copyright law, namely the introduction of a fair use exemption. There is still much work to be done in establishing how much protection and control creators should be afforded over their work, and how this can be balanced with the need to ensure public access to such works and promote a rich and vibrant public domain.

Have anything to add to this copyright discussion? Let us know in the comments section below!