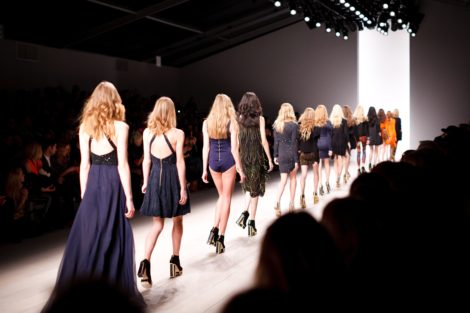 For decades, models that are ‘too thin’ have hidden in plain sight in the fashion industry on catwalks and magazine spreads. Recently, France joined the likes of Italy, Spain and Israel in implementing legislation that aims to regulate the fashion and media industries and to promote positive body image by banning unhealthily thin models.

Since May this year, French models have been required to provide a doctor’s certificate as evidence of their overall physical health, the key metric being a healthy body mass index (BMI). Modelling agencies that break the law by employing models whose weight falls below the required minimum can face a fine of €75,000 and a jail sentence of up to six months. An earlier draft of the legislation went one step further, establishing a set minimum BMIs for models but this was abandoned after an outcry from modelling agencies. Now, doctors are in a position to determine a healthy weight for models based on individual weight, height, age and body shape.

An international response to France’s legislation

France’s new legislation has inspired debate in other countries about how the fashion industry should be regulated with respect to the health of models.

Many experts in Australia have raised concerns about our Voluntary Industry Code of Conduct on Body Image (the Code), which permits the industry itself to determine what constitutes a ‘healthy’ model.

While the Code stipulates that models should be “clearly of a healthy weight”, its voluntary nature means that the industry’s wallet, rather than metrics of health and well-being, have been allowed to dictate Australian beauty standards for decades.

Modelling agencies don’t exactly make a habit of employing medical professionals, so why should a few key unqualified individuals be left to determine what constitutes a healthy, or indeed a beautiful, body?

France’s new legislation has divided academics in the field, with some commentators suggesting that it is a legislative overreach. Some of those against introducing similar legislation in Australia have instead suggested that the Code be made compulsory. The extent of the difference this would make is debatable, and little has been done to develop the proposal – what, if any, enforcement mechanisms would be established? How would compliance be monitored? 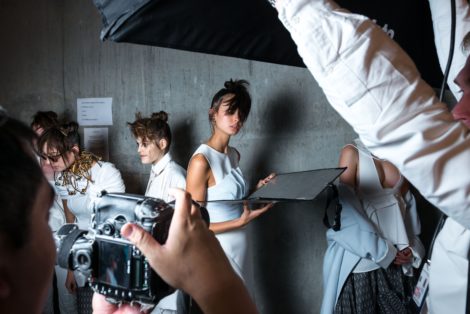 Given the psychological impact of being bombarded by images of models with unattainable weights and body types – particularly where images have been digitally retouched – not to mention the physical and mental harm that models inflict on themselves in an effort to live up to such an ideal, this issue is too important to be left under the purview of those who have a vested interest in maintaining such unrealistic standards. Just hearing the shocking reports about models eating tissue paper and cotton wool to reduce their weight and secure work should be enough to galvanise any government to take action.

Is a BMI the best metric to be using?

Using the BMI as an indicator of physical health is not without controversy, even outside this context. It has frequently been known to misclassify people and was not designed to be used at an individual level. Some have argued that using a BMI as the sole indicator of suitability to work discriminates against ‘naturally thin’ models. Others still have argued that it fails to consider other relevant factors such as age, bone density, and muscle mass. 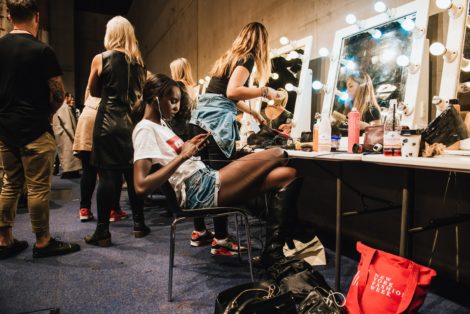 Models have also been known to cheat the system, adding weights to their hair to influence their BMI. Even models that have a ‘healthy’ BMI may appear to the average person to be ‘too thin’.

The depiction of unhealthily thin models in the media is a serious problem that extends far beyond the fashion industry and those working in it.

According to Marylin Krawitz:

Media images showing models who are unhealthily thin or who were photoshopped can damage women’s psychological health because women may believe the images depict reality. Photographs of very thin people in the media can amplify women’s dissatisfaction with their own bodies even if they are highly accomplished in other aspects of their lives. Women may believe that the models’ figures in the photographs are typical, when they are not. Seeing these images can lead some women to start dieting and to develop eating disorders.”

According to Eating Disorders Australia, approximately 9% of the general Australian population suffers from an eating disorder with the social and economic cost of eating disorders in 2012 alone estimated to have reached $69 billion. 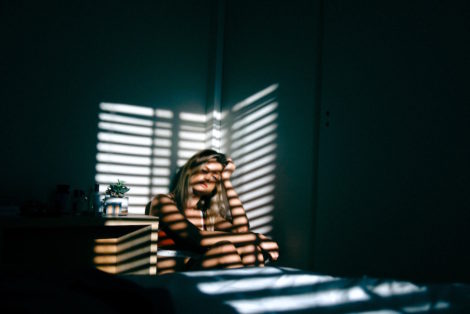 When it comes to youth body image, Mission Australia’s 2016 National Youth Survey found that Australia is moving backwards. For seven consecutive years, young Australians identify body image as one of their top three personal concerns. The trend has increased from 20.4% in 2012 to 30.6% in 2016 highlighting the need for body image to be recognised and acted upon as a national priority.

According to the Butterfly Foundation, poor body image can be a precursor to serious eating disorders, particularly for young people experiencing mental health issues who are 55.4% more likely to be concerned about body image than someone without a mental imbalance.

But staggering statistics surrounding negative body image are not isolated to young women. A report commissioned by Dove in June 2016 surveyed women aged between 10 and 60 years of age in 13 countries found that 89% of participants cancel plans, job interviews or other important events just because of how they look.

Study participants also listed growing pressure from the media and other sources as contributing to body image problems. 77% of Australians cite “unrealistic standards” set by the media, advertising and fashion industries as one of the biggest contributing factors with 1 in 2 Australian women feeling worse about themselves after looking at images of models in magazines.

Of the countries surveyed, Australia came in with the third worst body image rates (even ahead of the US at 24%), with only 20% of research participants claiming to experience positive body image.

Last month, the potentially deadly consequences of negative body image and related eating disorders was brought into sharp focus when 18-year-old Rebecca Gallagher was found dead in her University of Sydney dormitory. She had suffered complications associated with anorexia nervosa. 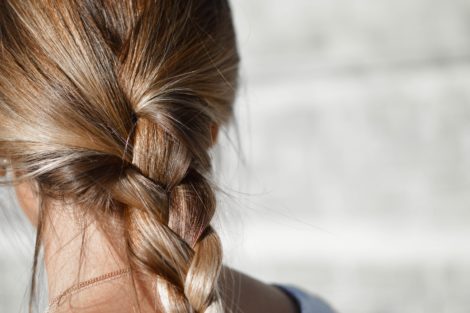 Communal living, rigid meal times, and the college culture of sexual objectification could exacerbate eating disorders which affect up to one million Australians, according to a report from Deloitte Access Economics and The Butterfly Foundation. If these girls have those risk factors to begin with and are exposed to a critical appearance focused culture it can serve as a trigger.”

Lack of regulation is exposing Australian women to unnecessary risk. What is the government doing about it?

One 2011 study found that just one in seven Australian magazines fully complies with the Code, although most comply with part of it. Data in this area is pretty scarce, and there are very few other studies tracking the impact of the Code. Anecdotally, one magazine editor did actually inquire about the health of one of the models Alex Perry used at the 2014 Australian Fashion Week.

The most significant (and unfortunately, the most recent) government action in this area was taken up by the Labor Government back in 2009 when the National Advisory Group on Body Image saw the introduction of the Code which encouraged the media and fashion industry not to photoshop models to look “unrealistic and unattainable.” 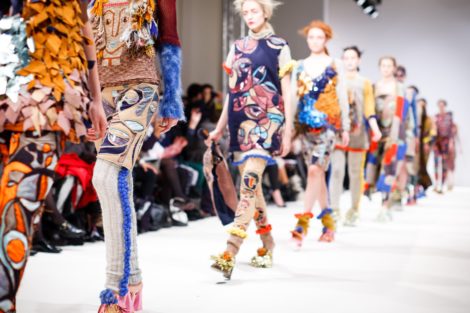 However, Mia Freedman, who chaired the National Advisory Group that devised the Code in 2009, has noted that it has not been widely implemented and is not being followed.

More recently, the current government expressly rejected the idea of introducing similar legislation to France with the Minister for Women, Michaelia Cash, saying that responsibility lies with the industry and not with legislators.

As Marylin Krawitz notes in the Journal of Law and Medicine, it’s a situation not dissimilar from government regulation in other preventable health-related areas. Just like cigarette advertisements, exposing the public to magazine covers and billboards that idealise unhealthily thin bodies unnecessarily encourages unrealistic and destructive eating, lifestyle and mental health habits.

In January 2013, Israel implemented legislation referred to as the “Photoshop law” which requires models over 18 years of age to have a BMI of 18.5 or over. France will also require photoshopped images to be labelled where an image has been modified from 1 October 2017. 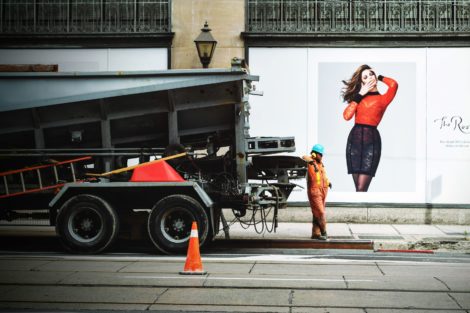 Elsewhere, a crack down in London in 2016 saw a ban on advertisements on public transport that could pressurise the public to conform to unhealthy or unrealistic body images, while Norway has taken similar action.

Australia is embarrassingly and inexplicably lagging behind international standards.

It’s clear that the fashion industry will not change its destructive practices without mandatory government intervention. Independent regulation to facilitate the promotion of healthy body image and achievable beauty standards is required.

New legislation needs to adopt a holistic approach to the health and well-being of models that goes beyond a generic BMI test. Promoting healthy bodies is important, but so is nurturing healthy minds in an industry notorious for pressuring models to conform to unattainable beauty standards. From a public health perspective, at a minimum, it’s time that the media, advertising and fashion industries are required to disclose images that have been digitally altered (in print and social media) and to commit to promoting body images that reflect reality, not fashion fiction.

Valued at $28.5 billion dollars, giving the Australian fashion industry the continued freedom to ‘self-regulate’ when it comes to women’s health is akin to leaving a two-year-old home alone with instructions not to run with scissors: dangerous and grossly irresponsible.

Butterfly’s National Helpline and Online Chat provide free, confidential support for anyone with a question about eating disorders or negative body image, including sufferers, carers, family and friends, teachers, employers and more.

The National Helpline and Online Chat service are open Monday to Friday 8am to 9pm AEST daylight savings adjusted (except national/major public holidays).

Please note: The National Helpline is not a crisis service and cannot provide medical help. If in crisis please contact the emergency help services listed below.

If you are in a crisis situation, need immediate medical assistance or are at risk of harming yourself contact:

For a comprehensive list of eating disorder support organisations and help lines in your State and Territory visit: Butterfly Foundation.