LGBTQI+ inclusivity is on the rise, but only in certain states and territories, with Federal government forms, documents and terminology failing to keep up. 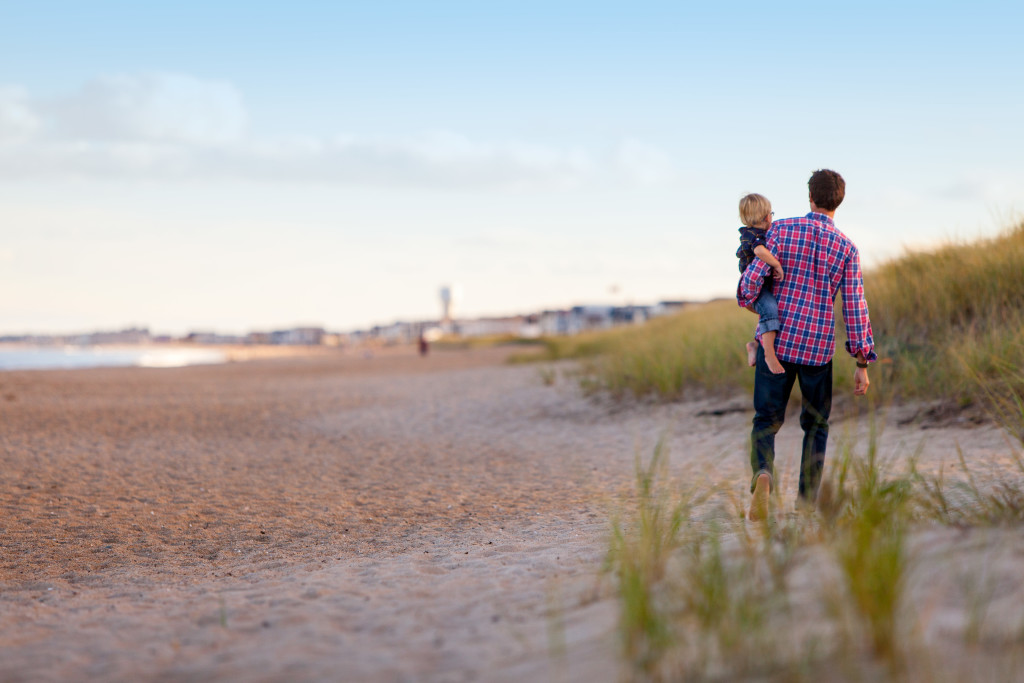 Couples in Victoria are now able to adopt children regardless of the couple’s sex or gender identity. Victoria has become the fifth Australian state or territory to provide for same-sex adoption, joining the Australian Capital Territory, Western Australia, New South Wales and Tasmania in making important law reforms.

this law brings much needed certainty for many children and their parents who currently live in a legal haze in terms of their relationships with the people they love.”

The new legislation was passed in the Victorian Parliament last year, and took effect from 1 September 2016.

As a result of these changes, much of the terminology describing same-sex families in government issued forms has been rendered out-of-date and inaccurate.

A recent example can be seen in the ABS census forms which have faced significant criticism due to the exclusive use of the terms ‘mother’ and ‘father‘ to describe Australian families.

Rainbow Families, an organisation which supports and empowers LGBTQI families, has raised concerns that the census is not inclusive. That is, as a result of this narrowly-worded question (which contradicts legislative changes that enable same-sex couples to adopt children), families with same-sex parents will not be accurately counted in this year’s census data.

On the census form, questions are asked regarding the place of birth of the child’s ‘mother’ and ‘father.’ No alternatives are provided and there is no option to change the gender of such questions, which assume that every child has a mother and father.

Vanessa Gonzalez, from Rainbow Families, contacted the ABS to enquire about how same-sex parents may record their information on the census form. The information she received from the ABS provided that:

the most straightforward way [for same-sex parents to fill in their census data] is to have either one of the mothers [or fathers] use the father [or mother] response in the form.”

Same-sex families can either follow the above recommendation, or ask for a paper form which allows either the ‘mother’ or ‘father’ option to be crossed out, and for the true gender of a same sex parent to be correctly entered.

[pullquote align=”right” cite=”” link=”” color=”” class=”” size=””]In 2016 we should not be expected to still be crossing out government forms,” Vanessa Gonzalez says.[/pullquote]

Even where same-sex parents accurately record their census data, the ABS has not guaranteed that the gender of each parent will be collated in those instances.

Census Director, Duncan Young, has said that the questions regarding a child’s parents were aimed at the birth parents:

The reason why the question is structured the way that it is, is because of the interest in birth parents, however, if people feel that they should be reporting their own country of birth that’s okay as well”.

The question does not specifically ask for information about birth parents, it merely provides either ‘mother’ or ‘father’ as options to be selected. In view of the criticisms, Duncan Young has said the ABS would consider changes to the census form in future.

With changes in adoption laws across Australia, which provide for the adoption of children by same-sex parents, it is more prudent than ever that appropriate recognition is given to same-sex couples and that this is reflected and implemented across documents and forms in the Commonwealth government and other jurisdictions.

Since the 2016 online census form does not provide an option for same-sex parents, disappointingly, this year’s census data will not give an accurate representation of same-sex families in Australia.

Gender other than male and female

For the first time, Australians have been offered another option to the gender question.

This question cannot, however, be answered on the standard online form and requires either a special login, or completion of the paper form. To do so using the paper form, two available ‘male’ or ‘female’ boxes must be left blank, and a third option may be provided in a blank space below. The special online login, on the other hand, gives users the choice to tick a third option, “other.”

The changes are being hailed as a breakthrough.

Rowena Allen, Victoria’s Gender and Sexuality Commissioner has commended the ‘other’ option.

I think it’s fantastic because it is a free box. So if we had to tick something we would never get enough boxes.”

The inadequacy of the census form itself is, however, remains as information about how Australians may go about identifying as a gender other than ‘male’ or ‘female’ is not readily available. To obtain any information on how to go about completing the census form in this way, it is necessary to make a phone call to the ABS for further information.

Given that ABS phone lines were completely overwhelmed in the weeks leading up to the census, (to the point where many callers were disconnected), accessibility issues are a serious concern and must be seriously improved for the next census.

On 18 August 2016, Victoria introduced a proposed bill, the Births, Deaths and Marriages Registration Amendment Bill 2016 which allows individuals to change the gender on their birth certificate, without needing to undergo sex affirmation surgery. The proposed changes would remove barriers for transgender, gender diverse and intersex Victorians who seek new birth certificates. The bill has not yet been passed.

To change the sex recorded on birth certificates under current legislation, corrective surgery is required and must be proven to the Registry of Births, Deaths and Marriages. Victorians would also be able to choose a gender diverse or non-binary descriptor, should they not identify as male or female.

The proposed legislation would also allow parents to apply to alter the sex recorded on their child’s birth registration. To do so, the child must have capacity to consent, as assessed by a doctor or psychologist, and the change must be in the best interests of the child.

Other states and territories have passed similar legislation, including the ACT. Proposed changes have also been introduced in South Australia.  While Tasmania’s Anti-Discrimination Commissioner has recommended law reform, no legislative changes have yet been proposed.

Australians have until Friday 23 September 2016 to complete the census without the risk of incurring a fine.

Have something to add to this story? Let us know in the comments!