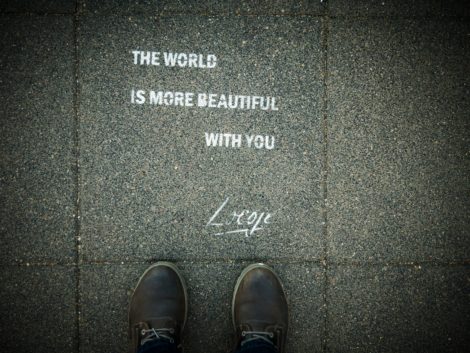 In October 2015, you know, the good old days when Donald Trump wasn’t POTUS and Brexit wasn’t a thing, the Australian Government asked the Productivity Commission to undertake a 12-month public inquiry into our intellectual property arrangements.

The result? A document of over 750 pages that identifies pretty much every flaw in our current system, and boy are there a lot of them!

It’s the stuff dreams are made of, not least because it (yet again) recommends the adoption of a fair use exception in order to redress the imbalance between the rights of copyright owners and those of consumers and would-be derivative creators.

The report confirms what many advocates of reform in this sphere have known for a while – our intellectual property arrangements are insufficient in an increasingly digital world, and improvement is needed across the spectrum of IP rights.

As immaterial as IP arrangements might seem to the average person on the street, there’s no doubt that having up to date, responsive and, above all, fair IP laws is increasingly necessary lest we sacrifice accessibility in the name of protectionism.

Striking an appropriate regulatory balance between the rights of the creator and those of the consumer will be the difference between living in a world that feels like a product of Kurt Vonnegut’s imagination, and one characterised by a rich public domain, where ideas flow freely.

When novel issues arise, governments are sometimes slow to respond by exercising undue caution. In the IP sphere, this has given rise to all sorts of problematic regulations, namely the so-called “right to be forgotten” in the European Union and the Harmful Digital Communications Act in New Zealand. While the Australian government has been pretty unresponsive to similar challenges, it’s important that we take the recommendations of this report seriously so as not to be led down the overly protectionist path of New Zealand and the European Union.

What are the recommendations?

What I like most about this inquiry is that the Productivity Commission really went back to basics, beginning by outlining why IP arrangements exist, something that appears to have escaped many legislators. The overview of the report provides that:

IP arrangements need to ensure that creators and inventors are rewarded for their efforts, but in doing so they must:

This incentives-based approach is one that should be the basis of any IP law – the first question regulators need to be asking themselves is: “Will this law incentivise creation and facilitate the proliferation of ideas?” Only if the answer is yes should the policy proceed.

While a number of important recommendations flow from the report a few are worthy of specific mention:

2. The report also recommends the implementation of an open access policy for publicly-funded research. This means improved access to research material, facilitating its dissemination, use and development.

3. In a similar vein, the report recommends clarification of the law surrounding technological protection measures and geoblocking technology to make it easier for users to access legitimate content.

Research consistently demonstrates that timely and cost effective access to copyright-protected works is the best way for industry to reduce online copyright infringement. The Commission is recommending making it easier for users to access legitimate copyright-protected content.”

This would be a big win for anyone despairing over limited music catalogues and how feeble the Australian Netflix library is when compared to the U.S version.

Above all, as the report points out, what Australia needs is someone committed to and passionate about IP arrangements to drive reform in this area. Other reforms have fallen victim to misinformation and scare campaigns, largely because this area is so nuanced and multifaceted.

Without someone to champion the recommendations of this report any hope of reform in this area is likely to once again disappear into the ether.

*This article is based on Productivity Commission data, Intellectual Property Arrangements, Inquiry Report.

Have anything to add to this story? Let us know in the comments!