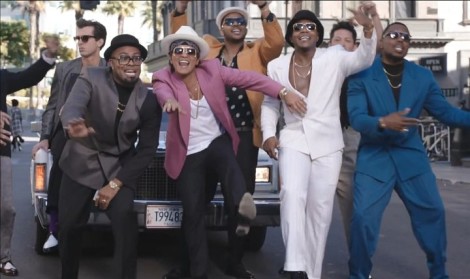 In the latest music industry lawsuit to hit headlines, Bruno Mars and Mark Ronson are being sued for copyright infringement by 80s electro-funk band Collage, according to TMZ.

Collage claims that the hit track “Uptown Funk” released by Bruno Mars and Mark Ronson in 2014 is a thinly veiled replica of Collage’s 1983 hit “Young Girls” and that the duo reproduced the song’s rhythm, harmony, melody and structure.

It’s not the first time Ronson and Mars have faced legal action over “Uptown Funk”. Earlier this year, The Sequence argued that their 1979 song, “Funk You Up” had been copied, but did not pursue legal action. Last year, writers from The Gap Band successfully joined the list of songwriting credits on “Uptown Funk” for its similarities to their 1979 hit “Oops Upside Your Head.”

According to the complaint (via Pitchfork)

Upon information and belief, many of the main instrumental attributes and themes of “Uptown Funk” are deliberately and clearly copied from “Young Girls,” including, but not limited to, the distinct funky specifically noted and timed consistent guitar riffs present throughout the compositions, virtually if not identical bass notes and sequence, rhythm, structure, crescendo of horns and synthesizers rendering the compositions almost indistinguishable if played over each other and strikingly similar if played in consecutively.

Collage are seeking damages and profits.

Listen to side-by-side comparisons of the two songs below:

Too close to call? You be the judge.

To find out more about your options in Australia where another musician infringes your copyright: