You are here: Home / Backstage Pass (For Lawyers) / Council Of The Law Society Of NSW Supports Respectful Debate On Same-Sex Marriage
Good goes around. Share this story!
views 1,870
1 min read 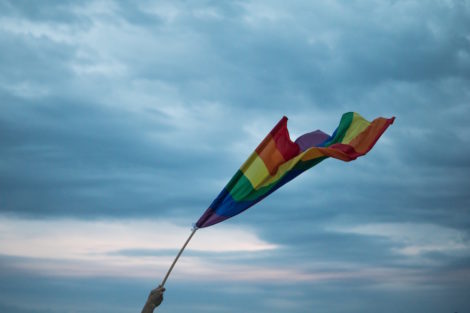 On 17 August, the Council of the Law Society of NSW issued a joint statement supporting laws to enable same-sex marriage.

Today, the Council of the Law Society of NSW has acknowledged that there is a diversity of opinion within the profession and the Council on the topic of same-sex marriage and respects those opinions.

This comes after Law Society of NSW President, Pauline Wright, came under fire in early September for refusing to apologise and withdraw the Law Society’s endorsement of same-sex marriage because she failed to consult the Law Society’s 29,000 members.

On 14 September, the Council resolved to reinforce public statements made by Ms Wright, that the Law Society respects the divergent and deeply held views of individual members on same-sex marriage.

Ms Wright said that the Council also urged a respectful debate on the issue of same-sex marriage.

Members of the Law Society are encouraged to vote in the postal survey as their conscience dictates.

While the Council of the Law Society has expressed its support for the introduction of laws to enable same-sex marriage, it also supports a courteous, considerate and fair debate on this important issue,” Ms Wright said.

The Law Society expressed its support for the introduction of laws to enable same-sex marriage in order to address current discrimination and inequality before the law, she said.

We are committed to ensuring all Australians have the right to equality and non-discrimination.

People should not be treated differently under the law solely because of their sexual orientation or gender identity.” Ms Wright said.

Ms Wright says that she consistently emphasised that everyone is entitled to their perspective and that no person should be discriminated against or vilified because of their view.

It is also important the rights we all presently enjoy, including freedom of speech and freedom of religion, should remain unaffected by any proposed laws to enable same-sex couples to enter a civil marriage,” she said.