There is a new generation of machine in action now, and these are systems that can replace parts of, and sometimes all of, certain kinds of professional work” – Richard Susskind 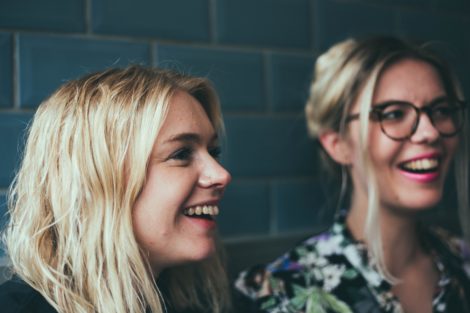 Just when you thought technology couldn’t permeate our lives any more than it already has here come robots and artificial intelligence (AI) threatening to replace human jobs.

Last night’s Q&A panel discussion offered a fascinating glimpse into what the future could hold for the Australian workforce. Experts like Adam Spencer hypothesised that the increasing role of robots and AI could cause the loss of thousands of jobs across a range of sectors, particularly mining and service industries. Others like the Assistant Minister for Industry, Innovation and Science, Craig Laundy, took the position that the increased use of robot and AI technology could create many more human jobs that will be needed to support new workplace infrastructures.

Among the list of professions to which AI has been considered a potential threat is the legal industry.

You will have likely seen a range of incendiary headlines such as “Robots replacing lawyers a ‘near certainty,” “Law firms of the future will be filled with robot lawyers,” and “Robot invasion” circulating online with increasing frequency. The result is that many lawyers and law students have spiralled into a state of panic about the future of the profession and the certainty of their jobs.

So how worried should we really be about the rise of robot lawyers?

Let’s look at the statistics

According to a report, The Future of Employment: How Susceptible Are Jobs To Computerisation? researchers compiled data to estimate how technology could affect the job market in 20 years.  The study used four key criteria to determine whether certain occupations are at risk of being automated: 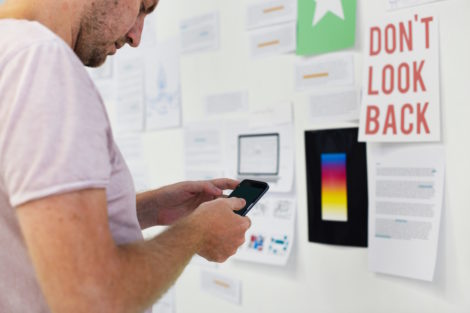 Sophisticated algorithms are gradually taking on a number of tasks performed by paralegals, contract and patent lawyers. More specifically, law firms now rely on computers that can scan thousands of legal briefs and precedents to assist in pre-trial research.

We find that paralegals and legal assistants – for which computers already substitute – in the high risk category. At the same time, lawyers, which rely on labour input from legal assistants, are in the low risk category. Thus, for the work of lawyers to be fully automated, engineering bottlenecks to creative and social intelligence will need to be overcome, implying that the computerisation of legal research will complement the work of lawyers in the medium term.”  Carl Benedikt Frey and Michael A. Osborne.

In the light of these forecasts for the future, are law firms looking to establish new ways to deliver their legal services? How will technology likely impact the profession? 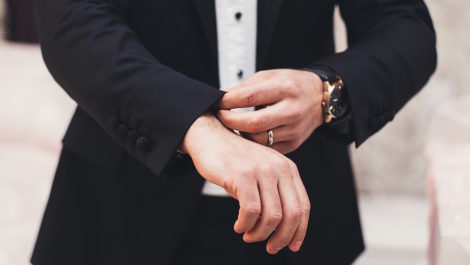 Former Chief Justice of the High Court, Justice Robert French, notes in the June Issue of the Australian Legal Review:

The profession faces challenges and opportunities arising out of the use of technology, and in particular, artificial intelligence. It is evident that AI has the potential to perform, more economically, than humans, a range of legal tasks, including document review, analysis of ways of resolving legal disputes and the provision of basic legal advice. Its speed of development and impact on the provision of legal services and the profession generally is difficult to predict. However, its effects are likely to be profound.”

What’s trending right now in the world of robot lawyers

While the human element involved in the practice of law can never be replaced by technology (no matter how intelligent it may be), the way in which legal services are delivered could significantly change in the coming years. Below are a few examples of recent trends around the world.

“DoNotPay” has now been developed to assist asylum seekers to make a valid application by asking applicants questions in plain English.

In Australia, there is much potential for emerging technologies to support legal services.

In an Australian-first for the legal assistance sector, Moonee Valley Legal Service recently launched FineFixer – a new website that provides personalised legal information to help Victorians understand their legal rights and how to tackle fines.

The world’s first AI lawyer named ROSS is being used by US law firm BakerHostetler to sift through thousands of pages of legal research in its bankruptcy practice. ROSS was built on IBM Watson, a cognitive system that can answer questions in natural language. 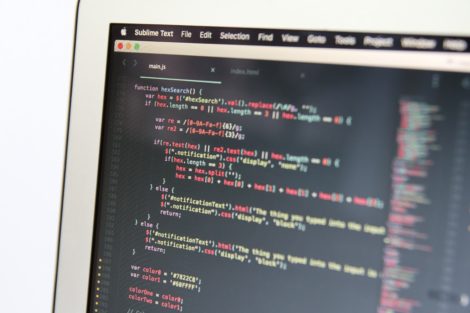 ROSS can understand questions asked and respond hypothetically through the use of references and citations. ROSS only provides highly relevant answers, meaning that the amount of time and effort currently wasted on unbillable legal research by paralegals and law clerks may soon be reduced drastically.

ROSS is not a way to replace our attorneys – it is a supplemental tool to help them move faster, learn faster, and continually improve.”

Certain tasks performed by legal assistants, paralegals and junior lawyers will be likely be automated in the reasonably near future.

What the future holds for the next generation of young lawyers

The impact of robot lawyers and AI for junior lawyers may make some of us baulk.

For the majority of junior lawyers working in the private sector, an essential aspect of core legal training comes from hours of dedicated and laborious legal research. If robots are able to scan millions of documents and find the desired answer in a few seconds, will there still be a role for graduate lawyers? 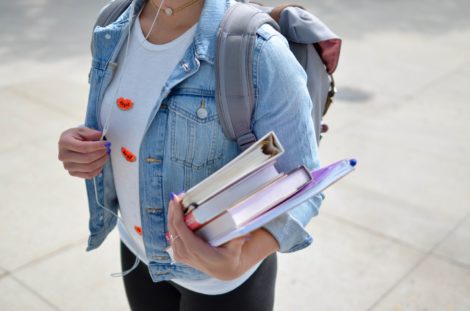 According to the Honourable Justice Margaret Beazley AO:

Whilst the ‘grad’ won’t become obsolete, the day-to-day activities of graduate lawyers will undergo a significant shift as many of their tasks become automated.”

While automation might remove one element of the role performed by grads, this just means that the grad’s entry pathway to the law will look slightly different in the future.

In the past few years, the impact of tech disruption in the legal industry has presented a new suite of challenges for grads as tech skills have become more attractive to employers than ever before.

As a generation of legal practitioners who are likely to be most impacted by these developments, your challenge will be to ensure that technological change supports the administration of justice and the rule of law and does not supplant it with concepts that are alien to our rich legal tradition,” Justice Beazley says. 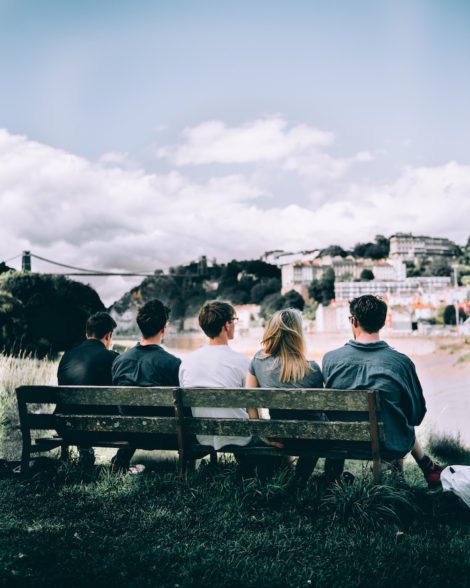 For the next generation of lawyers still at university, therefore, it will be important to develop cross-disciplinary knowledge. Marketing, writing, coding, IT, business, leadership and management skills, as well as the ability to build legal technologies, will all be important areas to develop when preparing to enter the legal job market. Importantly, these skills will be needed on an ongoing basis.

Universities around the country are responding in different ways to the impact of tech disruption in the legal sector and the way in which it is changing the delivery of legal services. Hackathons are becoming increasingly popular, as is the introduction of new courses that focus on technology.

The University of New South Wales (UNSW), for example, has partnered with law firm Gilbert + Tobin and software company Neota Logic to provide students with a new course that provides students with a practical experience in using legal technology. 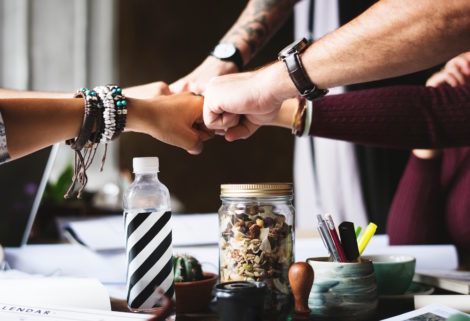 The elective course “Designing Technology Solutions for Access to Justice” was offered to undergraduate and Juris Doctor students in Semester 2 of the 2017 academic year.

The introduction these courses similar are a great step in integrating more tech knowledge and skills for a new generation of lawyers.

Some skills are irreplaceable

Regardless of how technology changes the way legal services are delivered in Australia, one thing remains certain: robot lawyers and AI will never completely replace human lawyers.

Technology will continue to aid the performance of mundane and routine tasks and will likely take on a more dominant role in legal research and automated discovery etc. But human intelligence, the human capacity for negotiation, emotional intelligence and the ability to make the correct judgement call will never be the province of technology as we know it to exist today.

The challenges for the profession in Australia are many and are shifting rapidly in a variety of directions. It might be said there has never been a more exciting time to be a lawyer. There has certainly never been a more challenging time, nor one in which the stakes are so high.

What do you think about the role of technology in shaping the future of the legal profession? What do you consider to be the challenges or opportunities? Let us know in the comments!

Tiffany is a law student at the Australian National University in Canberra, Australia. When she's not buried in piles of university readings, she enjoys working as a part-time barista and pursuing her passion for writing. Her great loves include Spotify, Shiba Inu, chicken nuggets, and Ironman. You can connect with her on LinkedIn