You are here: Home / Culture & Lifestyle / Same-Sex Postal Plebiscite: Where The Circus Is Headed From Here
Good goes around. Share this story!
views 1,595
1 min read 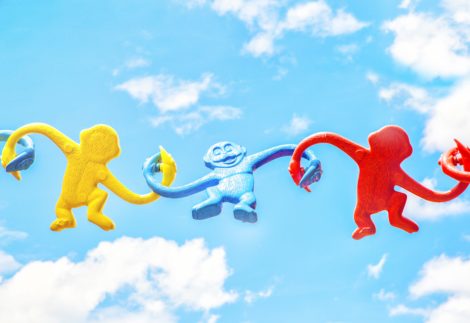 Question: When does a postal vote on same-sex marriage become a substitute for a legislated plebiscite?

Answer: When the federal government fails for the second time to get its Bill for same-sex marriage passed through the Senate.

If you’ve been paying attention to the same-sex marriage issue, you will know the Senate rejected yesterday, Wednesday, 9 August 2017, the federal government’s second attempt to pass legislation for a “compulsory attendance plebiscite” to take place this November.

If you’ve forgotten what a plebiscite is, you can take a look at our article on everything you need to know about the same-sex marriage plebiscite.

The fall-back plan now being pursued by the government is to pursue a postal vote option on 15 November this year.

According to the Malcolm Turnbull:

all Australians will have their say – they will get the opportunity to express their opinion on the issue of whether the law should be changed to enable same-sex couples to marry”.

If the result of this postal ‘plebiscite’ vote is positive, the government says it would seek, during the last sitting fortnight of the Parliament in 2017, to pass a Private Member’s Bill amending the Marriage Act 1961 to recognise same-sex marriage.

If the result of the postal vote is negative, the Prime Minister has said:

their vote will be respected. We’ve been very clear about this, we will facilitate a Private Members Bill to change the law with respect to same-sex marriage so that same-sex couples can be married if there’s a ‘yes’ vote. And if it is a ‘no’ vote, we won’t”.

However, the outcome of the postal survey is not binding on Parliamentarians.

Of course, if it is a ‘no’ postal vote outcome, it is a safe bet that the Opposition will, with the necessary support of a number of Coalition Members ‘crossing the floor’, try to get a Private Member’s Bill through the Parliament.