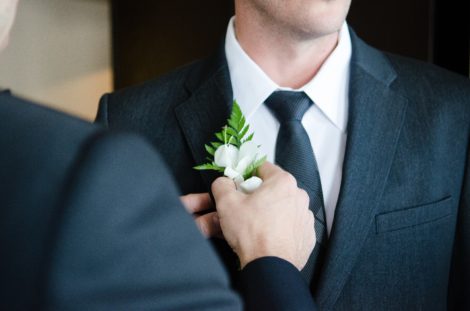 The Australian Capital Territory Government has long been a bold advocate of law reform surrounding same-sex unions. In 2013, it passed a bill that would legalise same-sex marriage in the state, only to have it ruled invalid by the High Court because it conflicted with the Federal Marriage Act 1961, which defines marriage as a heterosexual union. Under section 109 of the Constitution, the provisions of State laws cannot be inconsistent with those contained in Federal legislation.

The State’s most recent efforts this week have been much more successful – the Justice and Community Safety Legislation Amendment Bill (No 3) that passed on the 14th February 2017 amended the Civil Unions Act 2012 to:

allow for the automatic recognition of same-sex relationships that have been formally recognised in other jurisdictions as civil unions under Territory laws”.

Prior to this amendment, same-sex couples who married in another jurisdiction had to register their relationship upon entry or re-entry into the ACT, where heterosexual marriages have always been automatically recognised.

This means while same-sex marriages still cannot be performed in the ACT, the Territory will now recognise those that have occurred in other jurisdictions where such marriages are formally recognised. ACT Attorney-General Gordon Ramsay stated:

The amendments to the Civil Unions Act demonstrate this Government’s commitment to building a Canberra that is progressive, inclusive, and people-centred”.

This is representative of the signalling power that State legislation has, and this is clearly not an area where the ACT Government is going to let the Federal Government drop the ball. As Mr Ramsay further asserted:

Despite this setback, the ACT Government continues to support the recognition of same-sex relationships where possible, and we will continue to advocate for the Federal Government to act on marriage equality.”

These amendments follow the passage of similar legislation in South Australia last year. They were introduced in that State in response to the grief caused when a United Kingdom spouse whose same-sex partner died tragically while the couple were on honeymoon in Australia. The surviving spouse was told that the South Australian death certificate would not acknowledge their marriage, which was recognised in the UK.

The ACT Government is clearly committed to affording as many rights as possible to same-sex couples within the restrictions of Federal law.  In the words of Mr Ramsay:

No one should be made to feel different or lesser because of who they love and we are committed to ensuring that all Canberrans have the ability to express their love and commitment in the eyes of the law.”

The passage of these amendments is not only an important step towards equal recognition but also sends a clear message to the Federal Government that there is a growing impetus behind marriage law reform. Perhaps if more States and Territories make similar legislative changes, the Federal government will take action.