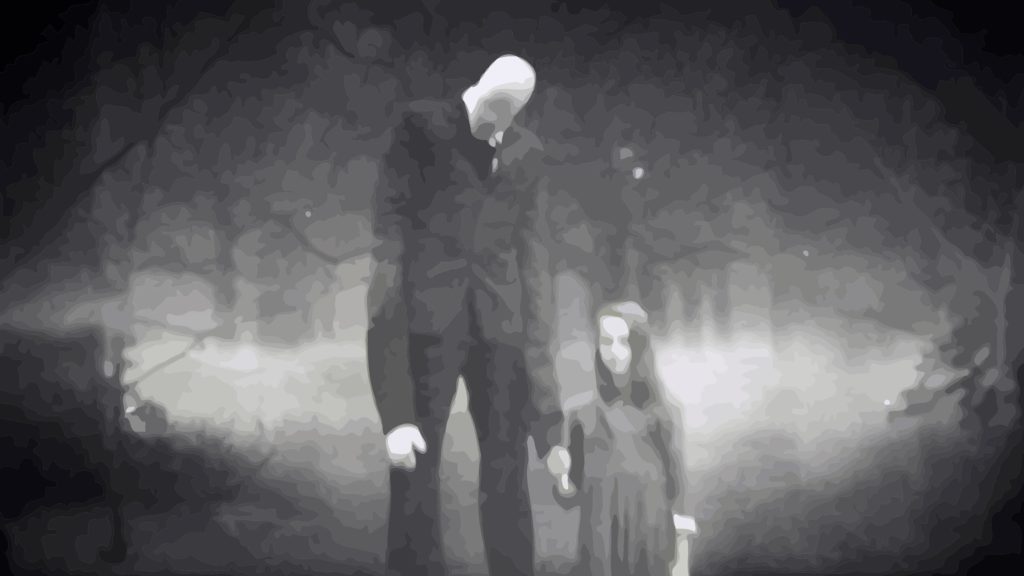 Slender Man is a horror monster. He stalks, he kills, he kidnaps children and drives people insane.

In 2014, two 12-year-old girls were arrested in connection with a violent premeditated attack on a classmate. The victim had been stabbed 19 times with the knife, missing a major artery in her heart by a millimetre. When interviewed by detectives, both girls claimed that they had been motivated to carry out the attempted murder by Slender Man. By killing their friend, they would gain Slender Man’s favour and go to live with him in the forest.

The origins of Slender Man are well documented. Since his first appearance online in 2009 in a SomethingAwful.com forum Photoshop contest, he has been evolving in a high-speed process of creative, open-source legend building. 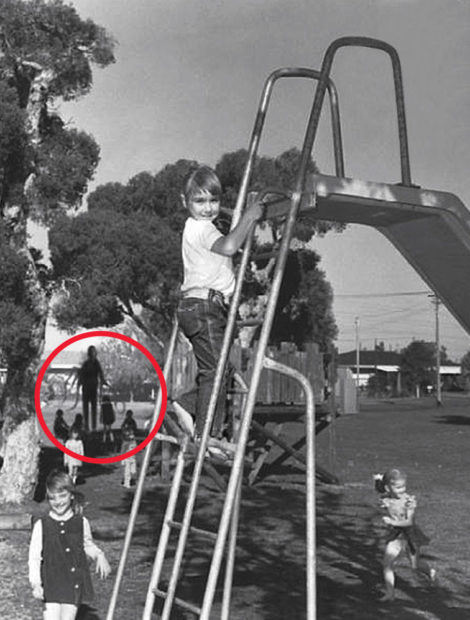 Original Slender Man image which first emerged in 2009 for a SomethingAwful.com forum Photoshop contest. The picture has spawned endless interpretations and reimaginings in online forums by horror fanatics.

There are many theories about why he has become the most notorious exclusively online urban legend and taken such a firm root in the collective online consciousness. One theory is that his ambiguity drives his creepiness and his popularity; people see their own particular fears staring back at them from Slender’s featureless, pale face.

Following the stabbing by the 12-year-old girls, Slender Man has become a source of fear in a different way. He has become a symbol for the dark side of the internet. Authority figures have come out against Slender Man, using the stabbing as a call for parents to be careful of what their children consume online. One commentator has written that there are now two Slender Mans – one haunting the internet, another haunting the adults whose children use it.

So how does society manage the fear spawned by a horror character like Slender Man, especially where fictional online violence begins jumping off computer screens and moving individuals to harm others in the real world?

Criminal law is one of the mechanisms available for society to deal with the inevitable community destabilisation and fear caused by such shocking and violent incidents.

The relationship, here, between the law and fear, is complicated.

On one hand, the law is an instrument that communities have developed to strike back against the behaviour of individuals considered deserving of punishment. In the aftermath of scary and inexplicable incidents, the justice system is relied on to restore the feeling that the collective interests of society are protected. 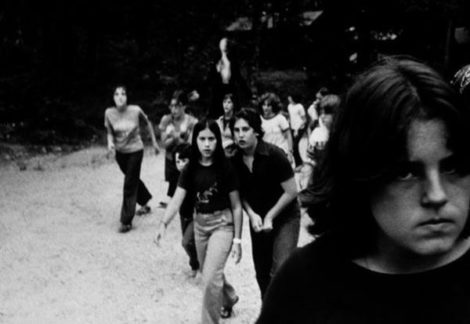 Another of the first images created of Slender Man. The fictional online horror character has gone on to become one of the most enduring and influential online urban legends of all time.

On the other hand, the law attempts to introduce an element of reason, logic and formulaic police and court procedures when such sickening and violent crimes take place. In this respect, legal process can be a means of preventing us from seeking to act on these fears by pushing for harsh retributive justice too rashly. Browsing the comments sections underneath articles on the Slender Man stabbing is a useful reminder of the need for formal legal processes to guard against a communal knee jerk reaction which can manifest as emotional demands for vengeance.

Either way, fear plays a part in explaining the existence of criminal law – fear, perhaps, of the terrible things people are capable of doing to each other either as individuals or as furious mobs.

The mixing of law and fear isn’t limited to the realm of criminal law. Legislation can become infused with fear, reflecting a reaction to dread rather than a process of careful consideration and the development of sound policy. This can happen in response to national tragedies – one example is arguably the USA PATRIOT Act. It can happen in response to unreflective national prejudice – in Australia, for example, we currently have in place a complex system of prison camps to keep us ‘safe’ from people fleeing war and terror overseas. 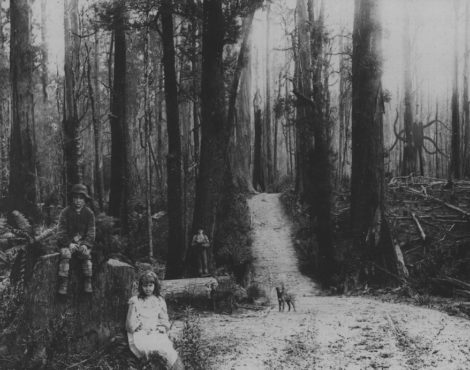 Fear is also built into deeper systems of structural law, particularly constitutional law, which can have a distinct flavour of fear. One of the central objectives of a constitution in liberal democratic states is to restrict the powers of government, for fear of allowing too much power to rest with any one decision-maker. The various arms of government, namely the courts, parliament and the executive, are set against one another in a system of checks and balances, each suspicious of the accumulation of power by the others.

This is not to argue that fear is always an irrational response to events, but it can be. If there is no real basis for a fear, people may be hurt by the creation of laws aimed at protecting society against non-existent phantoms. Political actors are easily tempted to use fear-mongering tactics to serve their own agendas, exploiting a community’s deepest, darkest prejudices to push for more extreme, heavy-handed laws. This makes fear a dangerous basis for responsible law-making.

There are arguments to be had about dealing with concerns over children’s access to disturbing content on the internet. About the appropriateness of subjecting children to adult criminal justice systems. About the resources available to cope with the prevalence of serious mental illness.

More scary, perhaps, is the extent to which fear itself, like the tentacles sprouting from Slender Man’s back, is already wrapped around all of us and our systems of law, poised to pull tighter if we refuse to acknowledge it and in so doing, fail to guard against it.

** The Wisconsin appeals court upheld a decision to try the girls as adults:

“The court found that this was a violent, premeditated and personal offence. There was a conscious decision made at the time of the offence to let the victim die. They told [the victim] that they would leave to get her help. They did leave, and they left to walk to the Nicolet National Forest to locate the Slenderman mansion. This is charged as attempted murder but you have to keep in mind for both defendants that this was, in fact, an effort to kill someone, not a mistake by hitting them too hard. Not a mistake by pushing them too hard. The issue of brain development is important for the court to consider. They were young when the offence occurred but they get older every day, frankly. But what happens at age 18 and, in this court’s view, that is a critical factor for the court to evaluate. There would be no oversight, no control, no ways to ensure public safety. They have committed an offence that is serious, it’s frankly vicious and there has to be assurance that that doesn’t happen again – that a serious offence is dealt with on a serious basis that offers protections to everyone. On that basis, I order that the defendants be retained in the adult jurisdiction.” –

Morgan Geyser and Anissa Weier will face trial in September-October 2017.

What we’re listening to