Australians are among the biggest gamblers in the world.

According to the Economist, betting losses per resident adult in 2016 amounted to $1292 last year. That is 40% higher than Singapore, which suffered the second biggest losses and double the average in other Western countries. In stark comparison, Las Vegas lost half this amount.

Pokies are still, and have always been, a recognised problem and almost half of Australia’s gambling expenditure can be attributed to the ‘slots’. This is because bet sizes are much higher than other markets, allowing punters to lose as much as $1,150 per hour.

However, the emergence and unprecedented growth of the online betting industry, including sports betting (which grew a massive 30% from 2014 to 2015), is such that on current predictions, within 10 years, sports betting will overtake the pokies as the biggest form of gambling in Australia.

Getting in the face of gamblers

According to the Federal Department of Social Services:

Online gambling is the fastest growing gambling segment, growing at 15% per annum, with over $1.4 billion gambled online each year. Digital technology is also enabling illegal operators to reach our phones, our televisions, our home computers at any time of the day or night.”

So, what factors are driving this major increase in online gambling and sports betting? Look no further than advertising.

Sports betting, in particular, has never been so easy, or so attractive. Online bookmakers like Tom Waterhouse and Sportsbet pour millions of dollars into advertising each year, including incentives for opening an account, to entice new and regular punters. 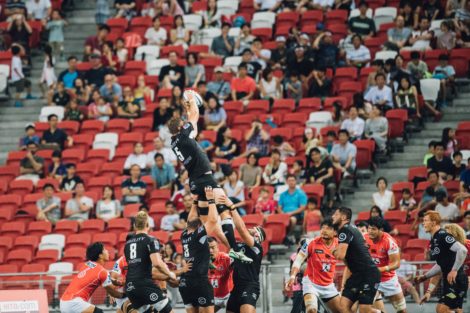 The speed and ease of betting on smartphone apps, live betting as well as the hundreds of bonus bets and refund promotions run by gambling agencies, it comes as no surprise that more and more Australians, particularly young men, are persuaded to grab their credit cards and sign up for the latest Sportsbet, William Hill, and Ladbrokes deals.

An estimated 500,000 Australians are at risk of becoming problem gamblers with the social cost of gambling estimated to be 4.7 billion.

Betting agencies and major online bookmakers carefully tailor marketing techniques to appeal to a new generation of potential gamblers, moving away from gamblers likely to head towards the slots. Many agencies now focus on sports betting with a specific focus on younger generations (specifically adolescent males), to create what has been described by some commentators as the ‘gamblification of sport’.

The trend has seen an increasing number of vulnerable and impressionable young men grow up in an environment of constant exposure to embedded gambling advertising.

It’s a highly addictive cocktail of hormones, adrenalin, endorphins and the potential to win a lot of money quickly – and it’s exactly why it is a winning recipe for betting agencies.

Viewers learn and are arguably indoctrinated about gambling through favourite sports programs. Such advertisements are often strategically shown at critical points of matches when audiences are most attentive. Many advertisements are also displayed on player uniforms and across sporting venues.

The outcome of this frequency of sports betting advertising is leading to a normalisation and legitimisation of gambling as harmless and skilful fun (not unlike sport). Increasingly, sports betting is regarded by young Australian men as a ‘key part’ of enjoying and engaging in the excitement of live sporting events. 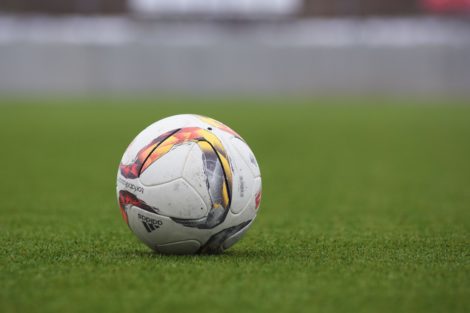 Marketing campaigns of this kind have been described as both predatory and unacceptable by Tim Costello, the chairman of the Australian Churches Gambling Taskforce, as they have already seduced many young Australians with their high potential to create a new generation of problem gamblers.

With the risk that sports betting is becoming ‘normalised’ and mainstream, should gambling advertising be better regulated to protect the community? What is the current position?

Last month, the Turnbull government banned gambling ads five minutes before the start of a match until five minutes after the end of a match, and before 8.30pm. The changes are part of a hotly contested package of media reforms designed to combat gambling in Australia.

However, major bookmakers are savvy and already finding loopholes and other mechanisms to advertise online, such as through advertorials on websites. You don’t have to be on the internet for long to discover their presence as they are now even seeking out sponsorship arrangements with online magazine publishers.

There has been little success in restricting the booming sports betting industry. In 2013, the Federal government looked into the regulation of sports betting by conducting three inquiries. These inquiries have had little impact, other than amendments made to the Broadcasting Advertising Codes, resulting in the prohibition of in-match commentary on, and on-screen displays of, live betting odds.

What else can be done to ensure better regulation and protection for the community?

Granted this is a contentious issue as the state governments receive a substantial amount of revenue from gambling tax. However, community concern is rising, and many Australians are looking to the Federal government to make legislative changes to limit sports gambling and advertising and to adopt better, national regulation methods.

It has been suggested that larger penalties should be imposed on gambling service providers, particularly when they engage in this kind of ‘predatory advertising’. Other suggestions have been to increase the number of warning messages featured within gambling advertisements as well as to place restrictions on the use of advertising on player uniforms. 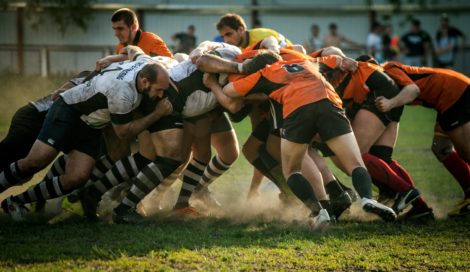 As mentioned earlier, Australians lose more money gambling per person than any other nation globally. Australians are not winning from sports gambling nor its advertising. Isn’t it time the Federal government stepped in and responded to increased community concern?

But let’s be clear, here. Genuine sports lovers are not focussed on making money out of their desire for a particular result in a match or other major sporting event. Their interest in sport is for sport itself and not to make money out of that sporting interest. That being said, both sport lovers and as well as everyone else in the community are being targeted by betting agencies to part with their money.

The social costs of gambling are devastating and are capable of destroying the lives of many Australians. Ramifications include personal relationship and family breakdown, loss of employment, bankruptcy, depression, suicide and criminal activity. The human costs are high but the damage to the economy is also significant.

In April this year, the Federal government reached an in-principle agreement with state and territory Ministers to introduce broad reforms to provide stronger consumer protections in online gambling. Ministers agreed that the current level of gambling advertising is not liked or desired by the broader community. 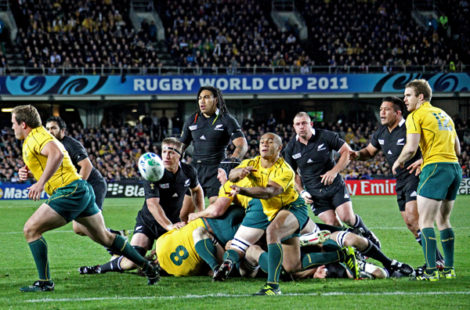 Ministers noted the Commonwealth Government is actively considering this issue. However, while the Federal government has certainly expressed a desire for greater national consistency in advertising of online wagering services, it has been surprisingly slow to actually do something positive.

It was noted at the Ministers’ meeting that:

The Ministers did agree on “key principles underpinning eleven measures to better protect Australians’ gambling online”. Importantly, among other things, it was agreed that there would be a prohibition of lines of credit being offered to punters by wagering providers.

Ministers also agreed to the establishment of a national gambling research model commencing 1 July this year with a $3 million investment by all governments. The Commonwealth will contribute a mere $1.35 million.

Several of these eleven measures could be implemented by the end of this year but, apart from appropriate future legislative measures.

At the very least the government should actively run television, radio and online campaigns aimed at the broader community, not just sports lovers.

Such campaigns could proactively discourage inappropriate online sports gambling just as the government has with other major social issues such as the ice epidemic, skin cancer awareness, anti-smoking, suicide awareness and active living campaigns.

To put it in perspective …

Many of us are guilty of heading to the local club, hotel or even the casino to try our luck at the pokies. But sports betting is a much bigger and much more dangerous social issue. With accessibility 24/7 on our smartphones, tablets or PCs as well as advertisements flashing on our screens and plastered on sports stars’ uniforms, it’s an industry that is not only a threat to the community but also what we perceive as ‘normal’.

If you, or anyone you know, needs help with a gambling addiction contact:

Caroline is currently in her final year of Arts/Law at Bond University, Queensland. She has a keen interest in Intellectual Property, stemming from her involvement in the entertainment industry as a singer and songwriter. Caroline is also a human rights advocate and recently completed a fellowship with the United Nations Foundation in Washington D.C. You can connect with her on LinkedIn.