You are here: Home / Law Hacks / Bucket Intell-O-gence: Can You Sue For Finding A Foreign Object In Your Food?
Good goes around. Share this story!
views 9,394
6 min read 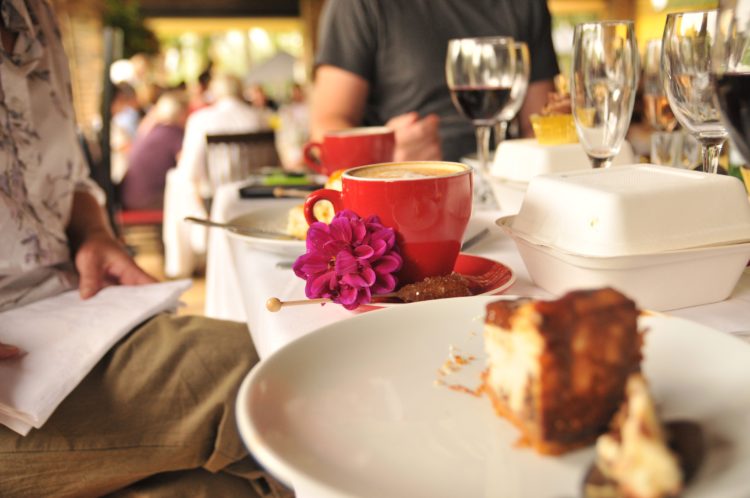 Imagine finding something that has no rightful place in your food while brunching this weekend. A piece of plastic or glass sitting incongruously atop your smashed avo? Or maybe a strand of dirty hair so grotesquely curled around your poached eggs that it triggers an uncontrollable upchuck reflex? Perhaps a worm or spider smugly unfolds itself from your pile of baby spinach mere moments before you bring it to your eager waiting lips.

It sounds like something from a Hamish & Andy skit, but food contamination from bacteria or foreign objects happens more often than you would imagine.

The Federal Department of Health estimates that 4.1 million Australians contract foodborne illnesses with approximately 120 people becoming so violently ill that they die. The cost to the economy has been estimated to be as much as $1.25 billion annually.

So what should you do if you spot a dangerous or foreign item in your restaurant food? Send your plate back to the kitchen? Make a formal complaint to the manager? Report it to your local Food Authority? Sue the restaurant?

Your options depend in large part on your circumstances. Whether you merely found a foreign or dangerous object on your plate or actually consumed it; whether you suffered harm or became physically sick at the time you ate at the restaurant or some time afterwards; as well as whether you can trace the harm or food poisoning to that specific restaurant.

How are food businesses regulated in Australia? 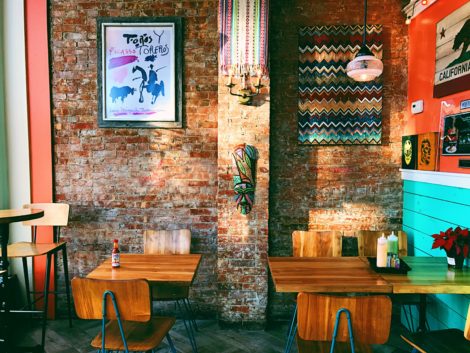 Local councils also play a role in food safety and are responsible for ensuring that food businesses comply with food standards.

All these bodies work cooperatively to ensure that food is fit for consumption in Australia and are responsible for investigating when things go foul (so to speak).

Discovering a foreign object in your food

Say a chip of glass, plastic, hair or worm arrives in your breakfast but you are lucky to notice and remove it. No harm was caused to you, so should you let it slide?

Firstly, don’t eat the food. Let a member of staff know that you found a foreign object in your order. It may come from a bigger batch and could be a sign of a larger contamination which may affect other customers, or have the potential to become a public health issue. 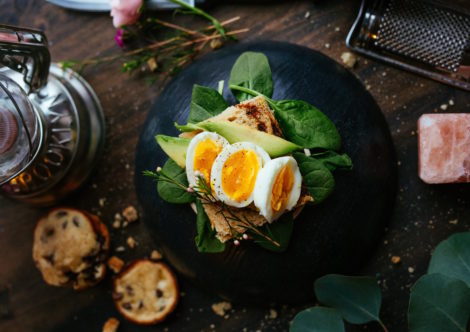 In most circumstances, cafes and restaurants will bring you a fresh plate or issue a refund as a sign of good faith. They may also fill out an incident report.

Secondly, you may wish to report it. Complaints from customers make up a significant portion of how food authorities identify businesses who are in breach of food safety legislation.

Investigation of food complaints is undertaken by State and Territory authorities or your local council.

The Food Standards Code is enforced and implemented in each State and Territory by the relevant bodies.

Generally, your local council or Food Authority are responsible for investigating:

What if I accidentally ate a foreign object on my plate?

The more litigious among us might be wondering whether you can sue a restaurant if you find something potentially dangerous, like glass, in your order.

The answer is that simply because you find a foreign object in your food does not mean that you can automatically sue for it. You would need to establish that you suffered harm as a result of the restaurant negligently leaving that object in your food.

According to Dr Karl:

Long skinny splinters of glass would definitely cause problems as it got shoved along your gut – but you would certainly notice it as you chewed your meal. Chunks of jagged glass the size of matchheads would cause bleeding as they rubbed against the soft interior of your gut – but while it was in your mouth, you would have to notice the unexpectedly rough texture of your meal. You would still notice the glass if it were ground as finely as sand (ever had a picnic on a windy day at the beach?). If the glass were ground so finely that you didn’t notice its presence in your mouth, then neither would your gut.”

A customer that was served shards of glass in a McChicken burger at a Chicago McDonalds sued for $600,000. She claimed that biting into the glass caused her “severe and permanent oral injuries as well as great pain and anguish.” 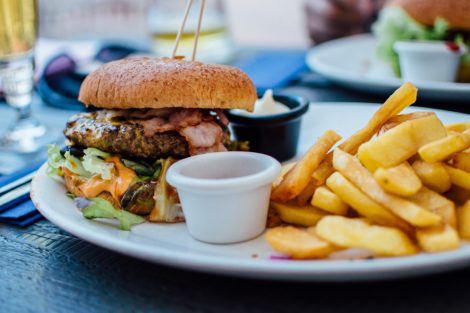 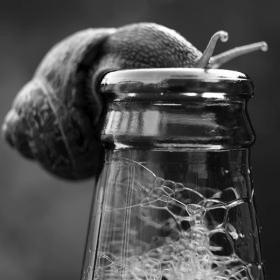 ‘snail in the bottle’ case. Mary Donoghue discovered the remains of a decomposed snail in a ginger beer bottle after drinking it and suffered mental shock and severe gastroenteritis. She sued David Stevenson, the manufacturer of the drink for 500 pounds, arguing that the manufacturer owed a duty of care to his consumers both to ensure that no snails entered his bottles and to inspect that the ginger beer bottles were free from contamination between pouring and sealing. The court found that Stevenson had failed in both these duties to his customers. The case paved the way for negligence claims in England and Australia.

Cafe and restaurant owners owe a duty of care to customers. Leaving a potentially dangerous foreign object in your food risks you consuming that object and being injured. By failing to provide safe food, a cafe may have breached its duty of care to you.

A court would likely consider:

If you are successful in proving negligence, a court would likely award a sum of damages.

Incidents of food poisoning in Australia

Every year, an estimated 4.1 million Australians experience foodborne illnesses (food poisoning). Common cases of food poisoning are caused by bacteria such as Salmonella, Campylobacter, E.coli and Listeria; viruses such as Norovirus, Rotavirus and Hepatitis A; and intoxication caused by the toxins produced by some bugs such as Staphylococcus aureus, Bacillus cereus and Clostridium perfringens.

Symptoms can range from a slight headache and fever to dehydration, nausea, diarrhoea, vomiting and in some situations result in hospitalisation. In extreme cases, food poisoning can even lead to death.

While the overall rates of food poisoning in Australia are falling, over the last 10 years, incidents of salmonella poisoning have risen.

The number of reported cases has doubled from 6990 in 2003 to 12,836 in 2013. After a Melbourne Cup lunch in Brisbane last year, 220 people became sick and one elderly woman died after eating raw egg mayonnaise that was contaminated with salmonella.

What are your options if you contract food poisoning?

If you become seriously ill as a result of contracting food poisoning from a restaurant, it may be worthwhile seeking legal advice. This is especially important if you have been hospitalised and incur significant medical expenses. It may be the case that a particularly serious bout of food poisoning has caused the death of a family member. In this situation, you may be able to take legal action against the responsible restaurant for wrongful death.

In 2012, for example, the family of a 7-year-old Australian girl who suffered serious salmonella poisoning from a KFC chicken wrap (causing a coma and brain damage) were awarded $8.3 million. 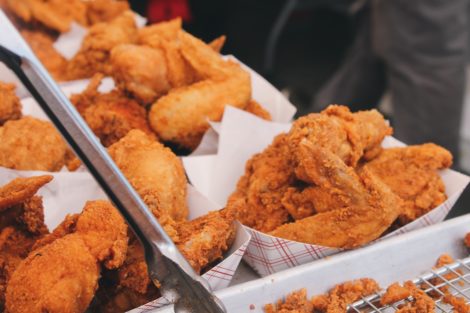 However, the biggest challenge in food poisoning cases is to establish that the food you consumed at the restaurant was not only contaminated but also the same food that caused your illness. This is because many cases of food poisoning take several days to incubate before you start displaying symptoms.

If you wish to pursue action against the restaurant where you believe you contracted food poisoning, seek medical advice as soon as possible after becoming ill to confirm that you have a foodborne pathogen. It would need to be established that your illness has come about as a result of that restaurant’s food preparation or distribution. For example, while being prepared in the kitchen where it has been exposed to unsafe temperatures that have allowed bacteria to breed; unclean handling or has been contaminated by wait staff en route to your table. 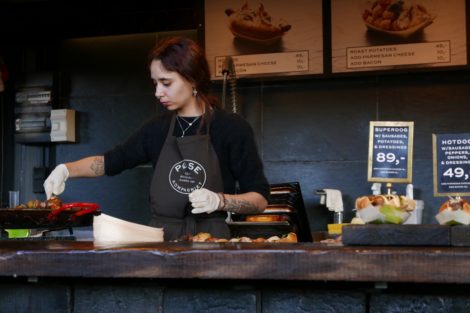 If there are many victims of food poisoning, as in the case of Bottle of Milk cafe in Melbourne where over 123 people contracted salmonella from mayonnaise made with free-range eggs, it may be possible to file a class action lawsuit.

A class action against the owners of Copa Brazilian Churrasco restaurant in Canberra saw $1 million paid out to victims of a salmonella outbreak.  77 people became sick after eating potato salad that also contained contaminated mayonnaise, with 15 people hospitalised.

You probably remember the ‘ready to eat’ salad mix salmonella outbreak and the spate of Hepatitis A cases from Chinese frozen berries. Who could forget last year’s infamous Huntsman spider in the Woolworths salad mix? 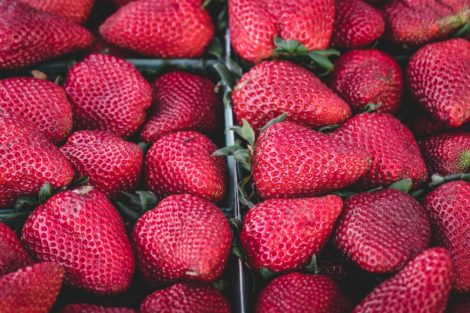 If you purchase a contaminated item; find a foreign object; or fall ill as a result of consuming packaged goods from a supermarket, report it to Department of Health and your local council.

When making your report, include:

Keep the original packaging and/or the foreign object that was found in the food.

Food Standards Australia recommends that any uneaten portions should be refrigerated, but not eaten. If it is not possible to do so, take a photo of the food as evidence and seek medical advice.

Born and raised in Melbourne, Chantal is a graduate law student who has interests in social justice and commercial law, having also completed a Bachelor of Commerce. In her free time, she loves to create decadent desserts, sip on champagne and go on long road trips.