You are here: Home / PopLaw / Laws Of Conversation: How To Argue Like A Lawyer
Good goes around. Share this story!
views 12,303
2 min read 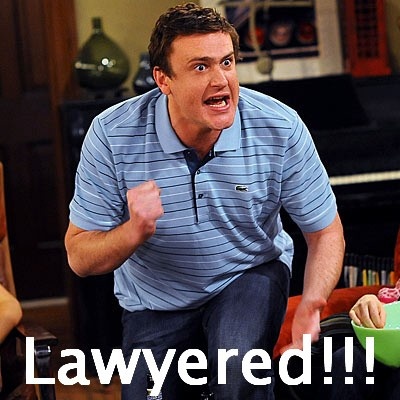 Lawyers tend to get a bad wrap.

From perceived profiteering from the misfortune of others to exorbitant fees and long delays in litigation, many young Australians would prefer a meaningful exchange with a sledgehammer and their face over a conversation with a legal professional.

But while lawyers have long-endured all manner of jokes and deeply-entrenched cultural stereotypes, there are many practical benefits to legal training. When it comes to going toe-to-toe in an argument with the lawyer in your social group, for example, you can bet that few are willing to take on the challenge. Why?

Because lawyers not only understand how to argue a point; they also know how to win the point.

The good news is that presenting an effective argument is a learned skill that has little to do with formal legal training, and a lot to do with a few practical strategies. So what is the secret to winning an argument?

1. Identify The Issue And Don’t Deviate From It

Recognise the main point of discussion and stick with it.

When someone challenges our views, our natural reaction is to defend ourselves with all available evidence. Particularly if the issue is a deeply contentious one (such as immigration detention centres, people smuggling, human rights, climate change, environmental issues, the Federal Budget or marriage equality) your brain will perceive many different, but unrelated, ways to further your point.

This grassroots response is natural. But it will not help you win your argument.

The main risk here is that your debate will quickly and irretrievably deviate from the subject at hand to one that does not progress the current issue at all. This is where it is easy to become lost in a sea of unrelated issues.

Lawyers stick with the topic.

Subjective opinions are not objective facts. No matter what strategies the opposing side uses to distract you from the main issue, or how tempting it is to draw in other connections, a good lawyer always brings the argument back to the original point.

2. Leave Emotion At The Door!

Emotion will never win an argument.

When we feel strongly about a subject, it is likely that our views are informed by past personal experiences. A strong emotional response to someone challenging these views leaves us not only vulnerable to feelings of personal attack, but also not thinking clearly. This can lead to anger, resentfulness, jealousy, defensiveness or distress.

We may naturally cast the conversational net wider in search of ‘evidence’ to support our position. However, introducing new subjective issues can easily lead to a no-holds-barred shouting match.

Becoming emotional is like giving your opponent a bill board-sized signal advertising your weak spot.

Emotion makes it difficult for us to present a convincing argument. Negative displays of body language such as yelling, crying, sighing, eye rolling or name-calling is a waste of the mental energy required to win your argument. It fortifies your opponent’s psychological and emotional defences meaning that from this point, no matter how persuasive you are, you have already lost the battle.

Emotion deafens us to conflicting points of view meaning your opponent can no longer hear what you are saying.

Lawyers stay calm and stick with the facts. 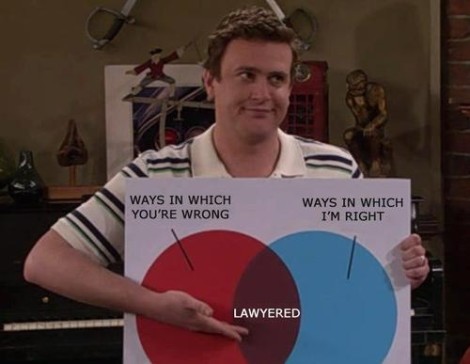 When it comes to arguments or negotiations, emotion is weakness.

Even if lawyers are provoked, or are emotionally connected with a particular subject, they do not allow their opponent to use it to their advantage.

It gives them the ammunition they need to focus their own strategy, distract you from your core objective and, ultimately, win the argument.

3. Be Wary Of Shifting Dialogues

A strategy often used by those with limited argumentative skills is to shift the overall dialogue.

This is achieved by drawing in related, but irrelevant topics. The debate slowly moves away from the central issue to similar sub-issues meaning that the original topic is never dealt with.

You will have noticed politicians using this strategy to avoid direct responses to journalists.

The result is a circular debate that fails to progress the original topic or come to any solid conclusions. Introducing a secondary conversational theme is often an attempt to shift the conversational landscape to something your opponent is more comfortable discussing. When this happens, rest assured that you have the upper hand.

Lawyers are not drawn in by a conversational bait and switch.

They hold their ground and remind their opponent of the real issue.

At The End Of The Day

A lawyer’s ability to win an argument can be summed up by a few key skills: organising ideas and delivering them effectively.

Keep your discussions on the right path by understanding exactly what you are debating and, no matter what strategies your opponent uses to distract, intimidate, confuse or shift the conversational ground beneath you, always bring the argument back to the original point.

Use these tactics and you will never lose another argument.

At least not the one you originally started.